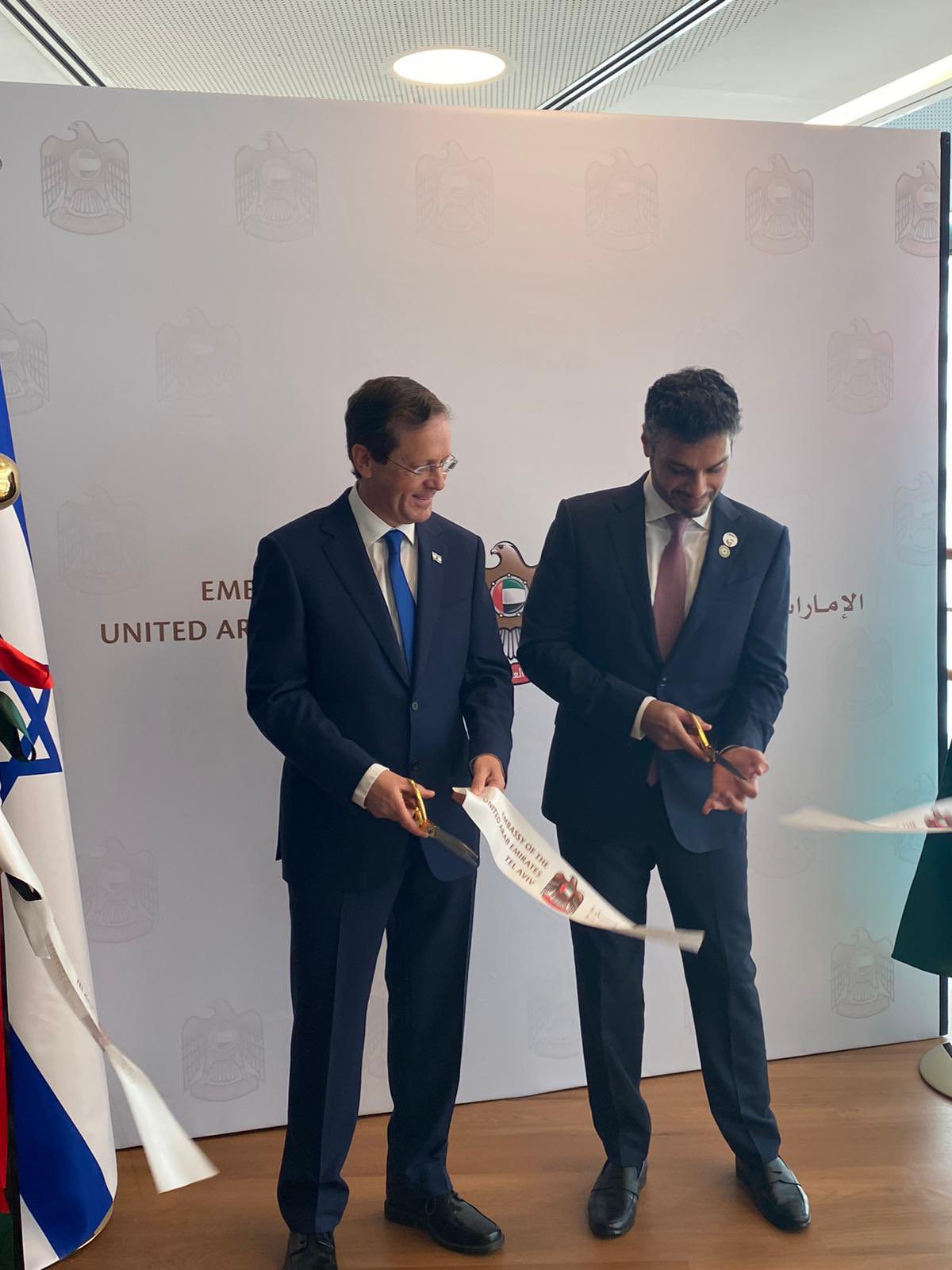 Although Jerusalem is the capital of Israel, the Emirate Embassy, ​​like many other embassies, is located in Tel Aviv. By placing the embassy in Tel Aviv, the United Arab Emirates in particular did not want to offend the Palestinians. The opening of the third embassy of an Arab country in Israel is still being celebrated with great fanfare.

“This embassy is not only a diplomatic center, but also a foundation for our new partnership,” said Mohammed Al Ghaza, Ambassador of the United Arab Emirates. “It represents another step towards peace and a model for a new collective approach to conflict resolution.”

The embassy was full of dignitaries, businessmen, soldiers and politicians. Accompanied by the President, the Ambassador carried the Emirates flag in front of the Embassy. Later, the ambassador opened the trading day on the Tel Aviv Stock Exchange.

Israel is currently in talks with Morocco over Foreign Minister Jair Lapid’s visit to the country. Lapid will come to the capital Rabat on any occasion during that visit. He had previously invited his Moroccan colleague Nasser Borita to visit Israel. Direct flights between the two countries are also set to launch very soon, and Morocco hopes to welcome the arrival of Israeli tourists.

Bahrain appointed its first ambassador to Israel two weeks ago. Khalid Youssef al-Jalahma will represent the island nation of Israel, having previously served as US deputy ambassador. A Bahraini embassy in Israel has not yet opened, while the Israeli embassy has been operating for some time. Israel has long had an unofficial diplomatic office in Manama since Abraham signed the treaties.