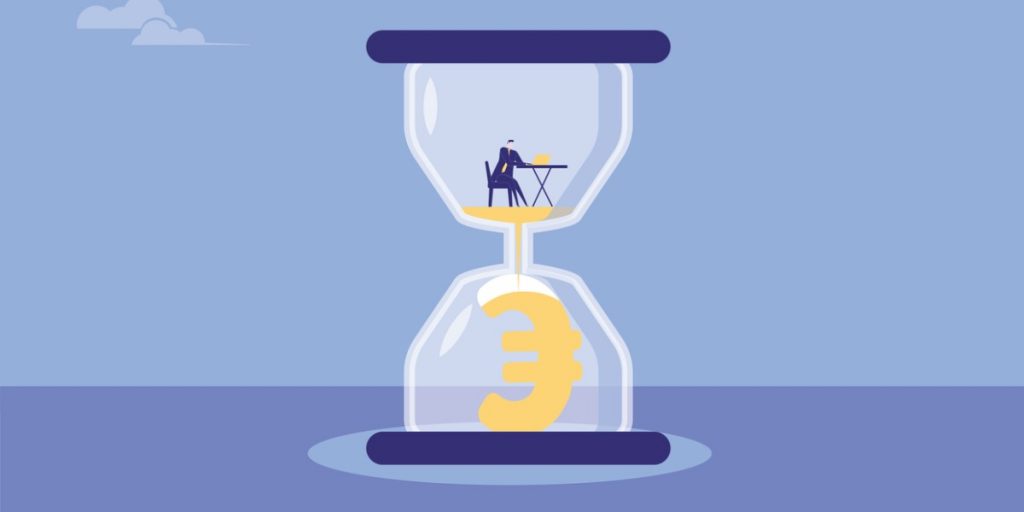 A central bank must prevent temporary inflation from taking hold in wages and not, as the ECB apparently works, wait until the time is right and only then consider taking action. Edin Mujagic cannot believe that the ECB is pursuing this strategy.

Inflation over 4% in Germany, almost 3.5% in the Eurozone, over 5% in the United States and with almost certainly higher percentages ahead of us as the holidays approach.

Central banks have been trying to drive up inflation for more than a decade and are faced with a real situation of caution. The belief that everything will fall apart due to temporary factors is increasingly prevalent in more and more central banks.

The central banks of Norway, the Czech Republic and New Zealand implemented the first rate hikes in years. The Fed also takes into account that part of the rise in inflation will be more structural.

The ECB is one of the few central banks to swim against the tide. The bank continues to insist that inflation will come down and that it will hardly need to adjust its policy.

She also said they had to make sure they did not “overreact to developments that do not affect inflation in the medium term”.

An overreaction would be “harmful and jeopardize the economic recovery,” added Isabel Schnabel, Lagarde colleague and chief policy cheerleader at the ECB, in another speech.

I wrote last week about the danger of making monetary policy dependent on inflation expectations. But something else struck me.

Another Lagarde colleague said in an interview not to worry about too much inflation until wages go up. This could be a cause for concern, as then this temporary high inflation would be anchored in wages.

Unbelievable ! Central banks, meanwhile, are working to prevent high inflation from becoming persistent. And this happens when high inflation expectations spill over into wages.

This is when expectations of high and temporary inflation come true. If this happens, then as a central banker, you are not only far too late to intervene, but also further from home.

The only way to correct this error is to raise interest rates at a later stage, more than expected. A central bank must therefore prevent temporary inflation from taking hold in wages and not, as the ECB apparently works, wait until that time has come and then consider – CONSIDER – also – to act.

Meanwhile, investors are also wondering whether the high inflation is temporary or not. So far, around 70% of investors agree with central bankers that everything is going to fall apart.

What inflation will be in the years to come is a very important variable for investors. In view of the policy of the ECB in particular, but also of the Fed – albeit to a lesser extent – I would take into account that by not acting (enough) now, they could make this temporary acceleration of inflation structural. .

This means that inflation may indeed drop somewhat, but a return to pre-pandemic levels is anything but certain. If the currency’s depreciation is indeed somewhere between current and pre-crown levels, this will force central banks to relax their policies.

I don’t think such a structural change has been fully incorporated into the prices of (government) bonds.

Edin Mujagic is Chief Economist at OHV Asset Management and specializes in (the consequences of) central bank policy. He has several books to his credit, including “Geldmoord: How Central Banks Destroy Our Money” and “Captivating and Fascinated: A Monetary History of the Netherlands since 1814/1816”. He studied Monetary Economics at Tilburg University. He writes in a personal capacity. The information in this column is not intended as professional investment advice or as a recommendation for making certain investments.