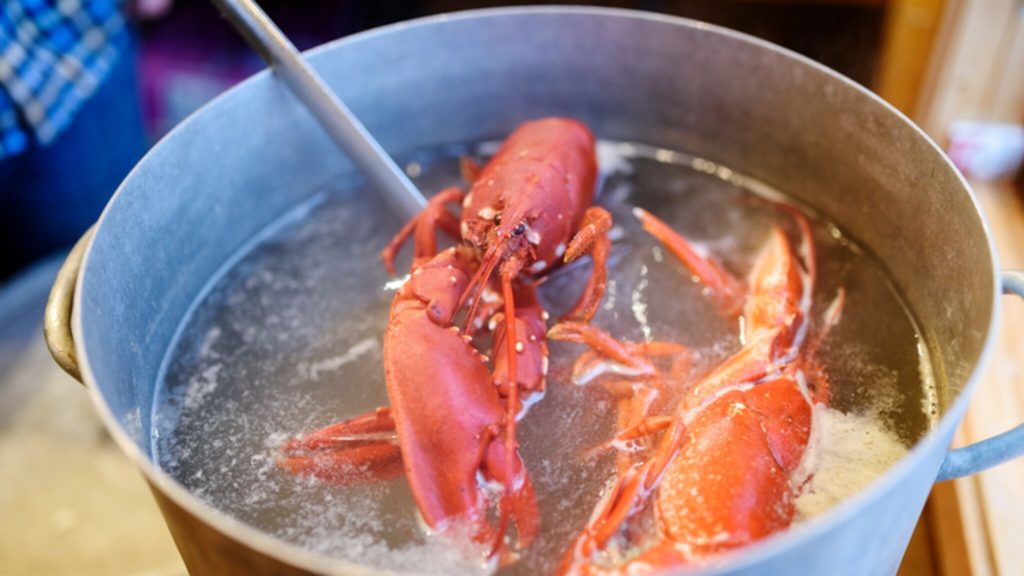 Fresh lobster is one of the most popular dishes at Wow Crab in Rotterdam. Live lobsters are tossed into boiling water several times a night. They don’t find it pathetic. “We are doing this because it is the best way to make the lobster as fresh as possible. We are a Chinese restaurant and it has been a tradition in China for years,” says an employee of the seafood restaurant.

In Britain, cooking live lobsters and crabs will soon be a thing of the past. The British government has decided to allow lobsters, squid, octopus and crabs to fall under the Animal Welfare Bill. The ban on live cooking therefore seems unavoidable, British media report. Switzerland and New Zealand already have such a ban.

There is also a debate in our country as to whether such a ban should be introduced. The Party for the Animals has been fighting for this for years. In 2013, the party tabled a first motion that failed in the House of Representatives. In 2018, the party made another attempt. The motion did not get a majority at the time.

“We will draw attention to this again next week in a budget debate,” said MP Frank Wassenberg. “We are a civilized country. You don’t cook animals alive. Previous studies have also shown that lobsters feel pain, this is further proof.”

PVV, GroenLinks, SP, PvdA supported the motion. When asked, D66 and ChristenUnie reply that they have not yet decided whether they will support a proposal: if they do, there will be a majority in favor.

In search of an alternative

The Ministry of Agriculture, Nature and Food Quality is not left out either. A spokeswoman for Minister Carola Schouten said the ministry would study the British investigations. “It’s good that more research is being done here,” the spokesperson said.

The question then is: which method is acceptable? The ministry would like more information. Alternatives are, for example, stunning or electrical stunning to kill animals.

Zoologist and expert Gert Flik also pleads for a ban and for a more humane alternative. “Lobsters are invertebrates, which is why it’s often thought that they don’t have pain. The nervous system of invertebrates works very differently from that of vertebrates.”

So they suffer differently from humans or mammals, but that doesn’t mean they don’t suffer to have. “We know they have antennae on their heads that allow them to feel and experience bad stimuli,” says Flik.

In our country there are strict rules for the slaughter of vertebrates such as cows or pigs. Basically, the animals should be dead as quickly as possible and be unconscious and die within seconds. “But a lobster can live a minute or maybe longer in boiling water and then feel these bad stimuli. I would say: if you can prevent the bad things, why don’t we do it? “