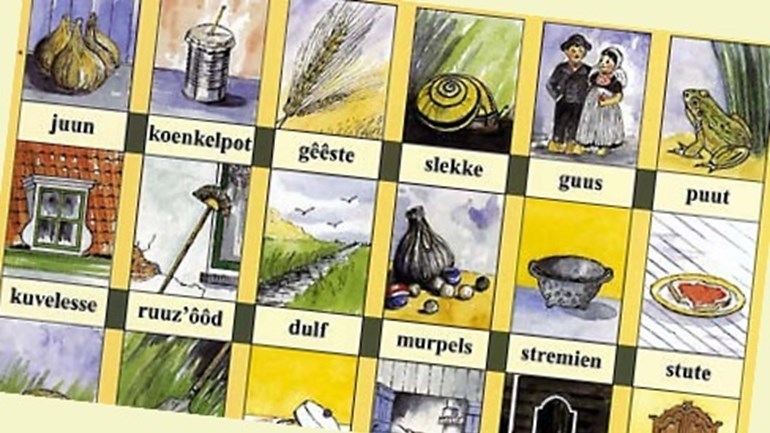 Last weekend he was in Zeeland and heard that some peripheral linguistic developments had now also entered the Zeeland dialect. “Using the word ‘missing’ instead of ‘missing’ for example, in a sentence like ‘something is missing’. And I’ve often heard ‘their’ instead of ‘they’. ‘.”

He laughs about it, because Boogaart is a linguist, not a language purist. “I can’t be that as a linguist either. As linguists we care about what people think is right or wrong, but we don’t really say much ourselves. We investigate that. that is happening.”

Every year he discusses language constructs that convey a feeling with his students – Boogaart teaches at the language faculty of Leiden University. “How do you get a phrase like ‘stop with me’. It’s used a lot on social media. It’s a colloquial kind of expression that, strangely enough, is barely used in colloquialism. Very interesting. . “

A Belgian newspaper wrote a month and a half ago that “various relaxations” had been implemented in the new ANS – General Dutch Speech Art. The clichés were added: the double negatives and the “greater than” would now be approved, and the whole distinction between “their” and “them” would be thrown in the trash. “I’ll take the panic away for a moment,” says Boogaart, who himself contributed to the new edition of the ANS. “The ANS does not approve or disapprove of things. Linguists have no power in this area. There are also no overlapping rules for grammar. The ‘greater than’ and ‘greater than’ variants “have existed side by side for hundreds of years.”

We also hear a lot of double negation in everyday language. “He never has time,” Boogaart gives an example. “If you look at it literally, you still have time. But if you look at how people use it, double negation is actually used as reinforcement. It’s hard to say that a familiar phenomenon is nonsense. . As long as it’s understood. But it’s good to know that something is going on, especially when you start to use the language in a formal way. “

The language is alive!

The cliché is – as almost always – true: the language lives. “The new generations are benefiting from this and we are no longer a small isolated community. Of course you have the standard language, the spoken language which is increasingly oriented towards Randstad Dutch and there are a lot of foreign words.

Speaking of the latter, we don’t have to worry about English language support, according to Boogaart. “People are needlessly afraid of it. There has been a big study and the number of English words in newspapers has only increased slightly in recent years. We mainly use English words for things that did not yet exist and which are not in Dutch zone. origin. “

Boogaart grew up in East Zeeuws-Vlaanderen in the 1970s and 1980s. The transition to Amsterdam, where he began his studies, was significant. “You find yourself in an environment where no one speaks your dialect. I thought everything was interesting, but when you go somewhere where the standard language is spoken, you want to participate. And not be a dialect speaker. I did. my best. So many years later I still think I was improving. Then someone told me after a presentation that he had heard from my ‘g’s that I was from Zeeland. During the week introduction to college, when I went to get beers, I used typical Zeeland phrases such as “I’m going to take some time.” Laughing: “Of course nobody understood that.”