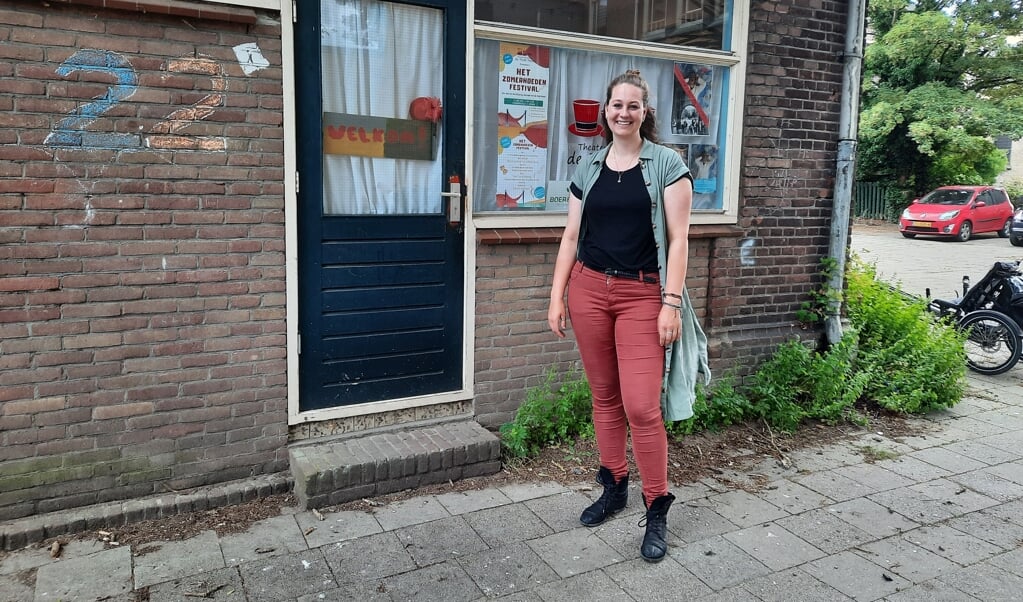 ZUTPHEN – Theaterwerkplaats in Rode Hoed celebrates its 10th anniversary in a special way on Saturday June 25 with the Zomerhoeden Festival. This takes place in and near the school building at 22 Isendoornstraat, which since January has been the new theater workshop headquarters for people with an indication of daytime activity. Visitors can expect various performances and exhibits during the festival and buy delicacies from the food trucks that have been set up. Talamini is also present.

The move from Marspoortstraat to the former Vrije School on Isendoornstraat may have been quicker than expected, but Rode Hoed owner Kim Stiekema was no less pleased: “The old space was a bit tight and we now rent for at least three years, two classrooms and we have our own entrance and hall.We have more space than before which is good as we recently had two groups on Monday and Tuesday.

On Mondays the Toneelgroep and de Vleugels (“an inclusive group for people with and without autism”) use the theater workshop, and on Tuesdays this applies to the Toneelgroep and the Muziekgroep. On other days, De Rode Hoed offers space to the Filmgroep, among other things. There are concrete plans for the creation of a group for Sign Theater (for the deaf and hard of hearing).

Varied program
The Zomerhoeden Festival promises to be a very fun and varied event. Founder Louk Hamer, who handed over to Kim Stiekema on September 1, 2020, will attend the festive opening of the new venue on Saturday at 2 p.m. This is followed by numerous performances by artists and groups from Zutphen on an outdoor stage. A small selection: Mars Bentum offers two dance shows, the Spot On City Gym (which has a special group for people with autism) offers two trial classes, the Zutphen Zingt Werelds Koor, which includes refugees, performs music “Boundless” and The Band van De Rode Hoed is also heard. The WALHALLAb, a unique learning and working place in Zutphen, invites visitors to participate in creative activities.

A continuous exhibition of the Vleugelsgroep can be seen in the school building. Stiekema explains that the members of the group mainly made paintings – some of which were multimedia. They also developed their own idea: to create creative photos with themselves in the main role based on works by old masters: “It produced very surprising results.”

Low stimulation tent
The target audience of the theater workshop often has difficulty with an environment that stimulates their senses too much. This also applies, for example, to people with acquired brain damage. Due to the busy schedule, the organization will also provide a low stimulation tent on Saturday in which all those who need it can come to them in peace.

Entrance to the Zomerhoeden Festival is free. Visitors can purchase vouchers for food and drink. De Rode Hoed products are also on sale, including hoodies, cardigans and shirts bearing the theater workshop logo. The event will run from 2pm to 7pm and, as previously mentioned, everyone is welcome!