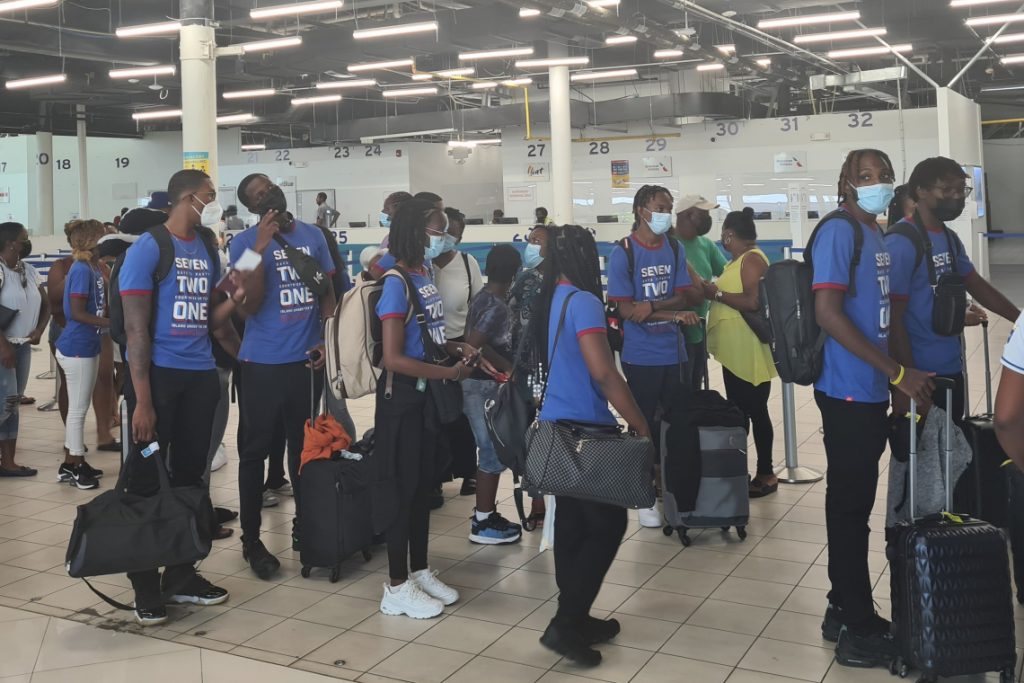 The students prepare to leave.

Princess Juliana International Airport was packed with family, friends and benefactors in preparation for the departure of 27 students to the Netherlands on Monday afternoon.

said Antonio Aventurin, head of the research funding department Messenger of the day Initially, 28 students were prepared to travel, but unfortunately one student tested positive for COVID-19 and therefore was unable to travel with his peers. However, he said that once this student is released and able to fly safely, his journey will continue.

Families bid their final farewells as the students prepare to leave.

When asked how travel plans affected the government-19 outbreak, he said that since last year, the Research Funding Division has developed a protocol that provides valuable information to students. Before the trip, the students participated in preparatory workshops. The US Department of Student Support Services and Health, Community Development, and Labor also participated in these workshops as key facilitators.

Before the flight, all students were required to pass COVID-19 tests as part of their requirements to enter the Netherlands. All standard protocols were followed for the students.

He also said that due to lack of travel money, no staff from the department traveled with the students.

However, the students will be traveling to the Netherlands on a direct flight and many parents have traveled with their children, he explains. Once in the Netherlands, they meet this team at the airport.

In the Netherlands, students participate in a planned orientation program. During this period, as in previous years, students will be guided through the migration and establishment of their assigned mentors and friends (other students who are currently studying in the Netherlands). Workshops and activities also take place during this time. After this orientation, the students will separate and move to their respective cities.

He said the unit has worked hard to ensure that all students entering higher education are well prepared for their trip, despite the government-19 outbreak.

Journalism student David Clifford spoke. Asked about his trips to the Netherlands, he said he was sad to be leaving, but at the same time very excited to embark on a new trip. This is his first time in the Netherlands, but he assured that extensive research has been done on his behalf on what to expect when he gets there. “I think about everything that I have seen” [during my research – Ed.] I can handle it, so everything will be fine, “he added. He will continue his studies in European and international law with Clifford Hawke.

Another student, D’Johnny Lake, felt a mixture of excitement and a little nervousness while waiting to leave. Even though she was no stranger to the Netherlands, she admitted that she was very young at the time and didn’t remember much about that trip, so she is delighted to see what the Netherlands have in reserve. She is studying cosmetology in Rotterdam.

Before their departure, the Minister of Education, Culture, Youth and Sports (ECYS) Rudolf Samuel took the students to a private room and delivered his speech. Soon, students and families had a brief moment to say their final farewells.

When students were invited to the departures hall, the last minute heat, greetings and congratulations were shared. Many cried when they saw the students leave with their peers. Some struggled to give up and held on as long as possible until the last minute.

As the students entered the departure lounge, a crowd of family, friends and supporters erupted into applause and cheers, offering the last support to all of the students on their journey.