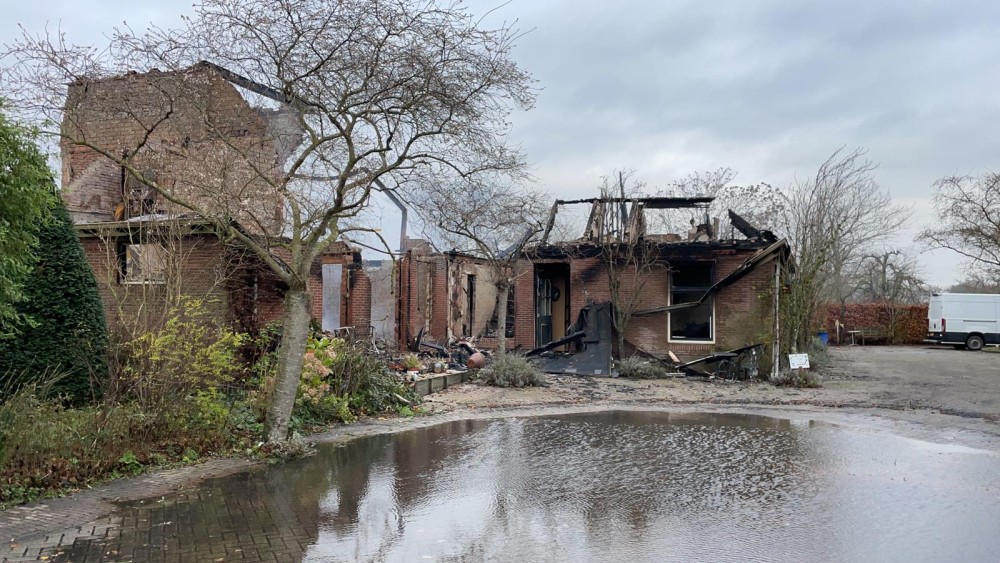 Although several days have passed since the fire, the remains of the burnt down farm in Wijdenes are still smoking. “It’s a blackened ruin,” said Frank Teljeur. The house where his family lived caught fire on Thursday evening. For this reason, villager Lutania Coester has launched a fundraising campaign for the family.

Frank said last Thursday night that it was a very violent fire. His mother called him and told him that a fire had broken out. At first he thought everything would be fine, until he saw the flames come out of the farm. “There is now a ribbon around the house and it says ‘danger zone’,” says Frank. “That’s a good thing, because the old part is very unstable.”

Her grandmother also lived in the house, just behind the part that burned down. “The part she lived in is actually still intact. She could, so to speak, go back there.” Nothing remains of the part where the rest of the family lived. “I see a three-foot high rubble stone wall,” Frank says. They are now living temporarily in another house. “They feel like their whole life is gone.”

He himself has been out of the house for some time, but Frank is doing Frank good. “When I walked around here yesterday, all kinds of memories from the past, from my youth, came back.” He has the feeling that the village is behind them and that makes him feel good. “People leave bags with clothes behind them. It’s really incredibly cute.”

See below what the farm looks like now. The text continues below the video.

Lutania Coester has been working with great pleasure in Le Robin tearoom, which is owned by the residents and is located on the same property as the farm, for four years now. She is fundraising begin. “They are like family to me. They are lovely people and they will always do anything for someone else. Now they deserve it.” She saw the farm go up in flames. “You are now looking directly through empty space.”

The collection is going well and the villagers are also bringing things for the family to Coester. The meter is already over 4,400 euros. She is very surprised: “I did not expect it. I already brought some stuff and they are so happy with it.” She says each family member handles it a little differently, but that awareness slowly sets in. “Fortunately, they met. “