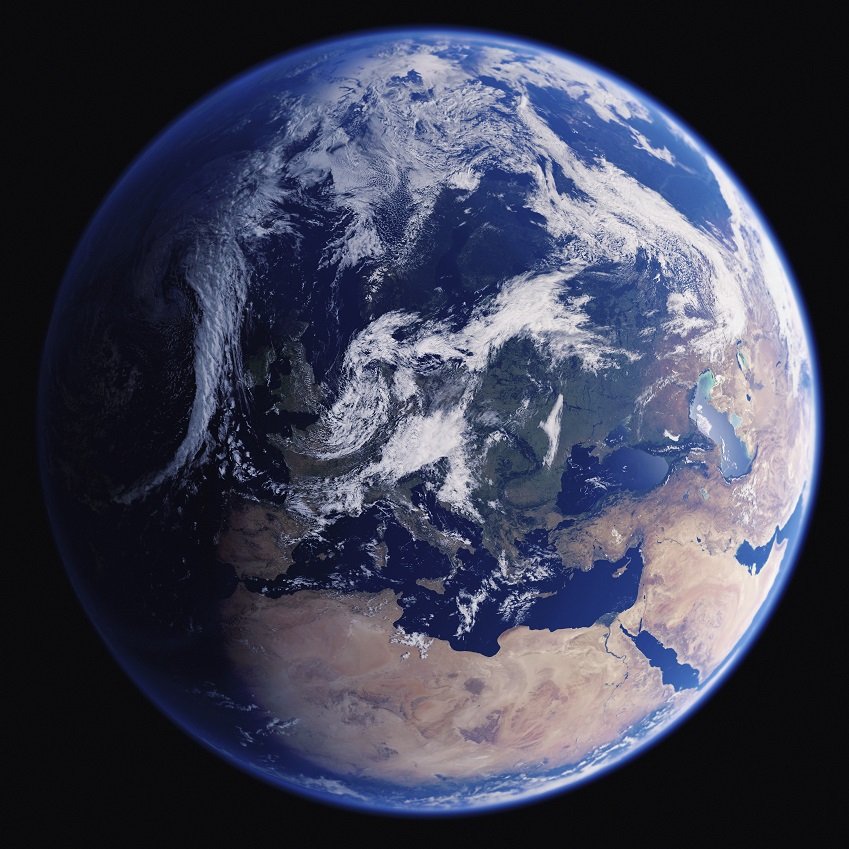 It took three to four billion years for evolution to produce Homo sapiens. If at any point in this process the climate had failed once, we probably never would have existed. A scientist demonstrates it in an exciting simulation.

Thermostat
Models have shown that in a few million years, the Earth’s climate can deteriorate to temperatures well below freezing or near boiling point. We also know that the sun gives 30% more light since the first life on Earth. In principle, the oceans should have evaporated as a result. This does not happen.

There are two possible explanations for this. The first is that the Earth has some sort of thermostat, a mechanism that keeps the climate from going up or down to lethal temperatures. The second option is that Earth succeeded by sheer luck. Of the millions of planets that exist, there is very rarely one that does.

Computersimulacy
Toby Tyrrell, professor of earth system sciences at the University of Southampton put in a computer simulation to show it’s a bit of both. It generated 100,000 planets with any set of climatic mechanisms. These are processes that can strengthen or weaken climate change. Consider, for example, polar ice melting so that it can no longer reflect sunlight, but instead turns into water absorbing sunlight, causing the earth to heat up more, which which causes more ice to melt.

The professor had the planets “restarted” a hundred times with different initial temperatures and different climatic processes, such as volcanic eruptions and meteor impacts. The 100 simulations followed the temperature of the planet until it became too hot or too cold for life or until it survived 3 billion years, potentially providing room for a intelligent life.

Of the 100,000 simulated planets, only one succeeded in all 100 simulations. So he had enough climate stabilizers and enough luck. Most planets that have remained habitable at least once have succeeded less than ten times in a hundred.

Luck
It always took luck to reach the finish line, but that in itself was not enough. After all, planets without a corrective climate process have never remained habitable.

Our planet itself has climatic mechanisms that have a stabilizing effect, but without a good deal of luck we would not have been here for long. For example, if a solar flare or an asteroid had been just a little bigger or had struck at a more vulnerable time, the world would probably have been very different.