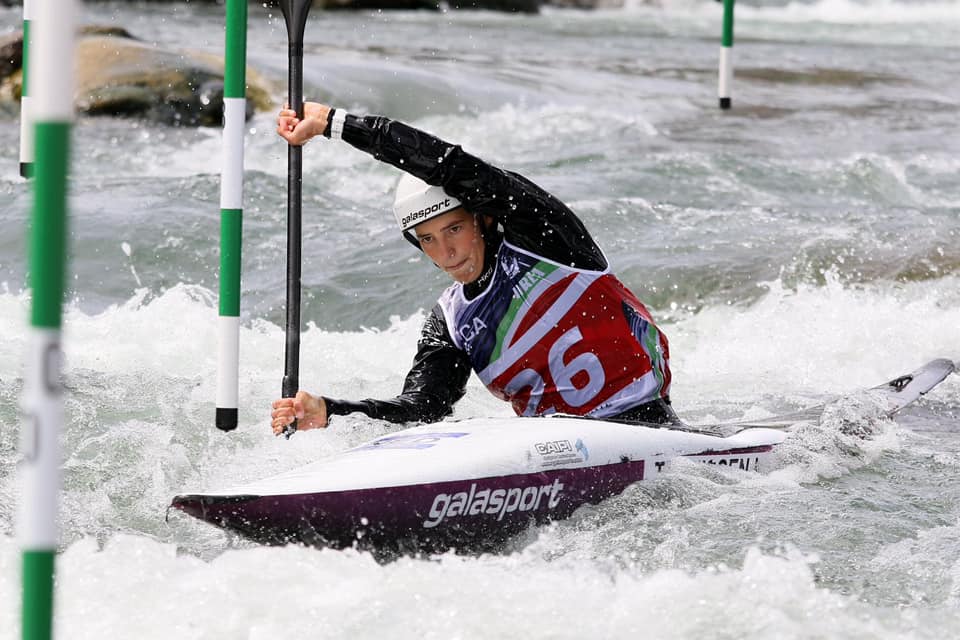 On the weekend of May 6-9, the European Canoe Slalom Championships took place in Ivrea, Italy. Lena Teunissen (23) managed to secure a good seventh place in the K1 final, with a solid field of participants. Austria’s Kuhne finally won the gold medal for women in K1.

Teunissen can boast of a successful European Championship. Last year she also had a final place in the European Championship and with this year’s placement she has shown that she is a must-see participant in the senior field. In addition, with her 7th place, she has fulfilled the NOC * NSF requirement to obtain an A status and she can continue to develop in high performance sport.

An honor to sail in this final

Qualifying was tough for Teunissen, so she wanted to rectify that in the semi-finals. Still, it became exciting whether she would advance to the final. She started second and although she had a good stroke she made contact with the top blade of her paddle and the gates a few times. She performed well reaching the final in the strong peloton. “It was an honor to be able to participate in a final with the reigning world champion and the reigning Olympic champion. I’m very happy with a 7th place and even happier to have achieved A status with it, ”said Teunissen. “I am happy to have been able to take stages this winter and start the season with this final of the European Championship. I can’t wait to see all the matches to come ”.

Preparation for the Olympic Games

This Kanoslalom European Championship was also the Olympic qualifying moment for the last European tickets for the Olympic Games, which will take place next summer in Tokyo, Japan. On behalf of the Netherlands, Martina Wegman (31) already qualified for the Olympics at the end of 2019. She has stayed and trained in New Zealand for the past eighteen months. “I entered the European Championship with a feeling of openness. It was really crazy for me to be back on the starting line after a year and a half. I really had to look again for the right preparation for the match. My race in qualifying was not good, so I was happy with 15th place, ”said Martina. In the semifinals, Wegman finished 24th. She missed a gate and that resulted in a 50-second penalty so the result was not enough for a final place. “I’m looking forward to the period ahead to get used to my new boat and be a little more ‘intune’ on the water,” adds Wegman.

No semi-final for Otten, Otten and Hendriks

On behalf of the Netherlands, Maartje Otten (K1), Joris Otten (C1) and Niek Hendriks (K1) also came into action. Everything got stuck after qualifying.
Joris Otten (23) returns to this European Championship with mixed feelings. “On the one hand, I’m not completely unhappy with my speed on the water and I have the feeling that I am still closing the gap with the top. On the other hand, I find myself out of the semi-finals again because of too many tikkers, it’s just a disappointment, ”said Otten.