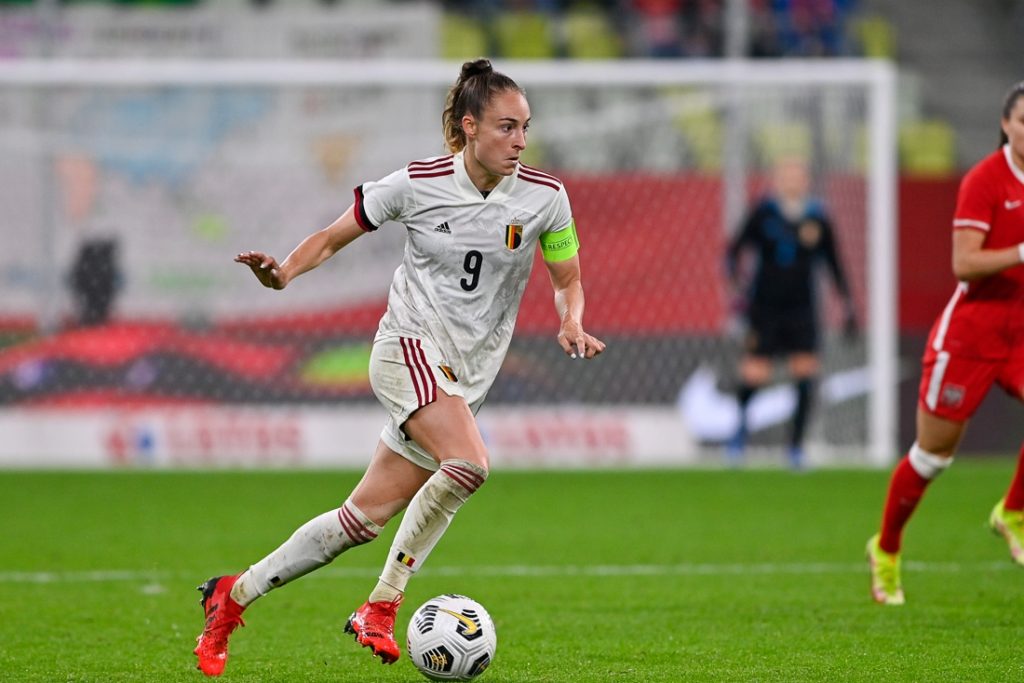 Belgian women’s football (FIFA 19) will face Albania (FIFA 75) in the 2023 World Cup qualifiers on Tuesday evening (8:30 p.m.) at the King Baudouin Stadium. The Red Flames absolutely have to win this game to keep their chances of taking part in the World Cup intact. For Captain Tessa Wullaert, the number of caps will be one hundred.

On Friday night, the Flames opened their qualifying campaign in Gdansk with a 1-1 draw against Poland (FIFA 29). The team of national coach Ives Serneels were disappointed with the result afterwards, as Janice Cayman and co. had hoped for a victory with the strongest country on paper Norway (FIFA 12) in Group F. Only the winner of the group qualifies directly for the World Cup in Australia and New Zealand. The second plays the playoffs.

Albania (FIFA 75) drew 1-1 with Kosovo (FIFA 115) on matchday one. “Tuesday will be a very different game,” Serneels said after the game in Poland. “Albania has a strong set. They fight for every ball.

Belgium has never participated in a Women’s World Cup. The Red Flames missed the 2019 World Cup in France after losing in play-offs to Switzerland. The Flames made their European Championship debut in the Netherlands in 2017 and will also be there next year when the European title is played in England (one year behind).

At the World Cup in Australia and New Zealand, 32 countries instead of 24 will participate for the first time. The United States have won the last two editions.

The match against Albania will be special for Tessa Wullaert anyway. The Belgian women’s football icon will play his 100th international match. This makes her the third player to complete the cape, after Cayman (114) and Aline Zeler (111), who has since retired.

The Flames captain now has 50 goals for the national team, for which she made her debut on August 20, 2011. “If you had told me then that I would make the 100 caps, I probably would have said: I don’t know them, we’ll see. Finally, we got there, with ups and downs. I’ve been through a lot too. It was a roller coaster. My beginnings? I was a little dizzy at the time (laughs) that I joined the Red Devils at that time. I still remember my first goal. Past the guard then inside.

In the meantime, Wullaert has been the face of the Flames for years, but it was different at first. “I didn’t really know anyone and having fun has always been very important to me. So I thought of: Shouldn’t I stop? I just didn’t like it. In the end, Aline took care of me and everything went well.

The Flames are now called the Flames and a lot has changed over the years. “My hairstyle too,” laughs Wullaert, now 28, who he says still got goosebumps as soon as she learned that the national team was allowed to go to the Championship. Europe in 2016. “A lot of things started to change around Flames and then in the attention too. I still have a few years left, I think. The next World Cup will be in New Zealand and Australia, but after that it will hopefully be in Belgium. It could be a nice ending, so I’ll be 34-35 years old. To go through it and then stop it is my plan. “