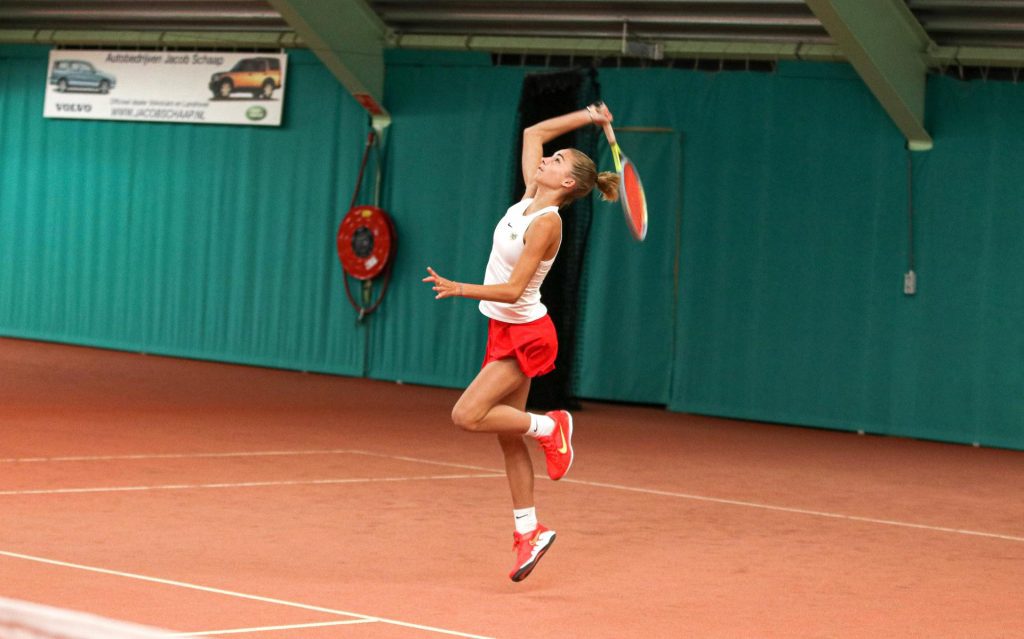 Will the new successor to Federer or Williams be on track at Emmeloord this week? “Everything is possible, it starts with this type of tournament,” says Jan Hofland, who is organizing an international youth tennis tournament for the second time with Erwin de Boerdere.

The ITF4 tournament started on Sunday with the qualifications, next Sunday the finals will take place in the tennis hall on the Pilotenweg. If you want to see international-looking youth tennis, you should be there this week. To clarify: ITF1 level is Wimbledon. “This is serious business,” Hofland said. “These boys and girls are very good at tennis.” The tennis player, who placed first in the tournament, is number 190 in the world youth ranking. All the boys and all the girls are between sixteen and eighteen years old.

The first few days, there are a lot of people in the tennis hall. Then come the qualifying rounds and the start of the main tournament ensures a busy schedule. A total of 120 young tennis players are vying for the top prizes, the maximum number Jan Hofland can lose in a week. Tennis is also a traveling circus among young people. After Emmeloord, it continues to The Hague or Luxembourg. The majority of participants come from the Netherlands, Belgium and Germany, but there are also participants from India, Canada and the United States.

On the first day, around noon, the contractor is busy stringing a racket. “It should be done in no time and fine.” He listens carefully. “They carry their own strings. Some players have separate strings for length and width.’ The day started early for Hofland and De Boerdere, it will be a busy week. Outside on the gravel, two girls knock. May be due to good weather. Inside, all the lanes are occupied, the qualifications have been taking place for a few hours around noon.

Last year, Hofland and De Boerdere organized this tournament for the first time. Lelystedeling De Boerdere has been organizing international tournaments for much longer and the men have known each other for many years. When the tennis association asked if they were interested, they agreed. They plan to host the tournament for many years to come. “Because we have a tennis heart,” says Jan Hofland. De Boerdere: “It went very well for both teams last year. We want to help the Dutch talents to better position themselves in the world rankings.’ They believe in the positive image that such a tournament gives off: “If a sport is in the news positively, it attracts more beginners.”