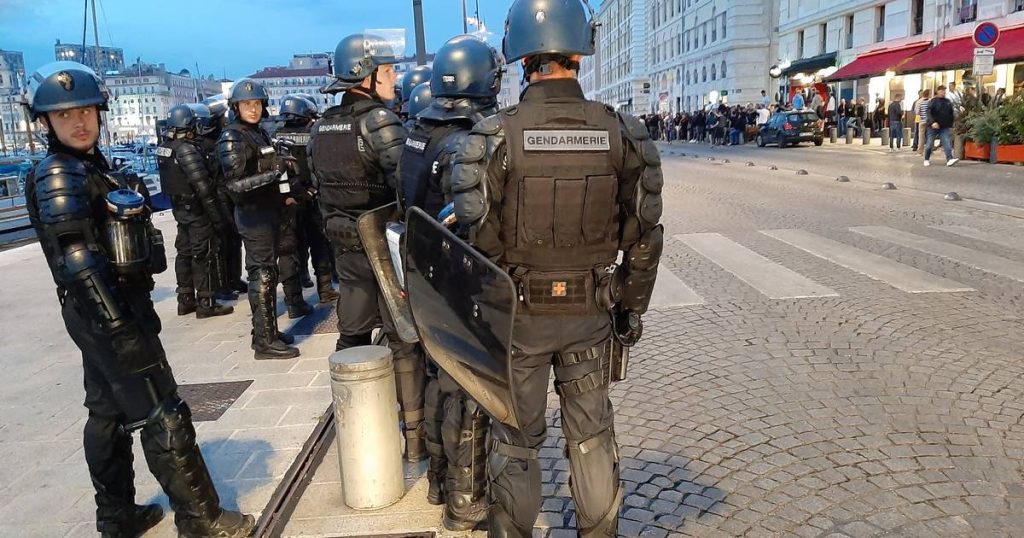 Most of the legion spent a quiet evening in Marseille, having a good meal, a beer and watching the Champions League. Large numbers of police had also gathered around a group of supporters who had gathered in the Old Port. In the afternoon, the atmosphere changed when boys with Ajax shirt provoked the group.

Later that evening there were reportedly further provocations when the group moved to a pub. There was also talk of a stolen necklace. French police reportedly used tear gas or pepper spray at one point. There are also videos of at least two confrontations elsewhere with Marseilles, who were equipped with sticks. Firecrackers were also thrown.

It was a small part of the Old Port where it was hectic. One block away, the evening passed pleasantly. On the Dutch side, there is an injured person, according to La Provence. The five Frenchmen were arrested with sticks and firecrackers in their possession. Such turmoil is nothing new for Marseille. It also went wrong in the French city around the matches against Basel and PAOK.

The authorities are today worried about the large number of Feyenoord supporters who have come to Marseille without a card. In addition, the hard core announced not to come to the fan zone on the beach, but to gather in the Old Port and walk from there to the stadium.

The French say only those taking the bus from the beach can enter the stadium, but many Dutch fans have bought tickets for other stands or are still trying to buy tickets.

Lily here everything is back on the “Road to Tirana”!