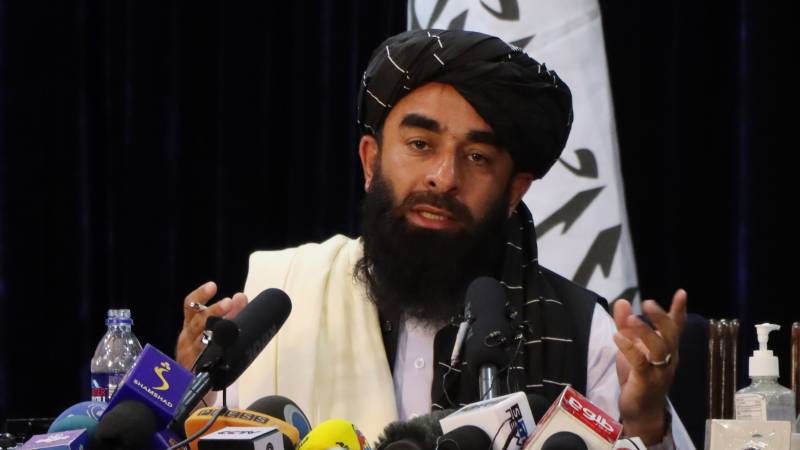 The Taliban no longer want to allow Afghans to go to Kabul airport to be evacuated. Spokesman Zabihullah Mujahid said this at a press conference. The road to the airport is closed. Foreigners are still allowed to go to the airport, but in principle the evacuation of foreigners must also end after August 31.

Thus, the Taliban no longer want Afghans to flee abroad and ask the United States not to encourage citizens to leave the country. The spokesperson said the country was in particular need of highly educated Afghans.

“If they don’t want the Afghans to leave, they can check passports and only let foreigners through,” NPO Radio 1 correspondent Aletta André said. “Then it can become very difficult for interpreters who don’t have not yet been evacuated, or other Afghans who have worked for Western organizations.

The United States will no longer stay in Afghanistan

The spokesperson reiterated that the August 31 deadline will not be extended for evacuations and that foreign troops must then leave. The Taliban call it a “clear violation” if foreign military personnel have not left the country by then. Mujahid says foreigners have enough time to leave Afghanistan.

The United States plans not to stay longer than the end of August, U.S. officials have told international news agencies. Chancellor Merkel also reports this after a consultation with the G7 countries. With that, President Biden joins the Pentagon’s advice not to stay any longer. However, it is stressed that the Taliban must cooperate in evacuation attempts so far.

During the press conference, a reporter again asked about the Taliban’s stance on women workers. According to the group, women do not lose their jobs, but in practice this is not always true.

“The spokesperson said it was best for the women to stay at home for their own safety at the moment. He said it was temporary,” Andre said.

Who are the Taliban and what do they represent? Watch it in this video: