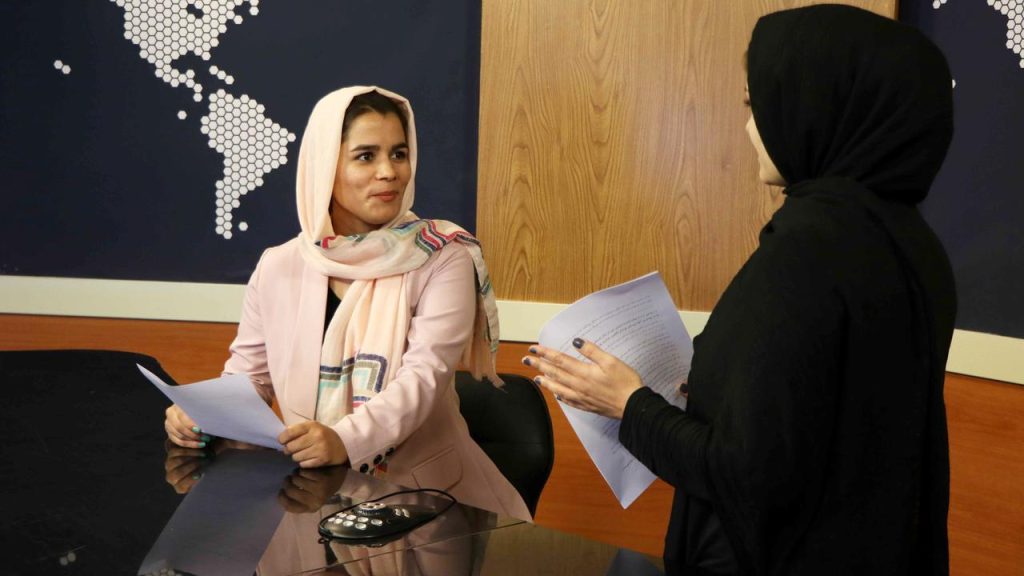 Starting Saturday, the Taliban will require all women appearing on Afghan television, including female news anchors and presenters, to cover their faces while in the photo. who reports BBC News Thursday, according to a spokesman for power in Afghanistan.

Afghan media companies were notified of the decision earlier this week. “It’s an indirect way of making it impossible for us to work. How can I present the news with my mouth covered?” an anonymous television host told the BBC†

According to the spokesperson, this is only advice, as is often the case with Taliban decisions. In practice, Afghans who do not follow this “advice” are regularly harassed, assaulted and even arrested.

Two weeks ago, the Taliban issued an edict requiring women to wear a burqa in public. According to Taliban leader Hibatullah Akhundzada, women in public should “wear a burqa that covers them from head to toe, which is traditional and respectful”.

During the first Taliban regime, between 1996 and 2001, women were also allowed to walk alone in burkas and were not allowed to work or go to school. After taking power in August 2021, the fundamentalist Islamist organization said it was committed to respecting women’s rights in Afghanistan.

In recent months, however, a ban on girls’ education has been announced. Since March, Afghan women have only been allowed to board a plane if they are accompanied by a male family member. All kinds of restrictions for women are introduced, especially at the local level.