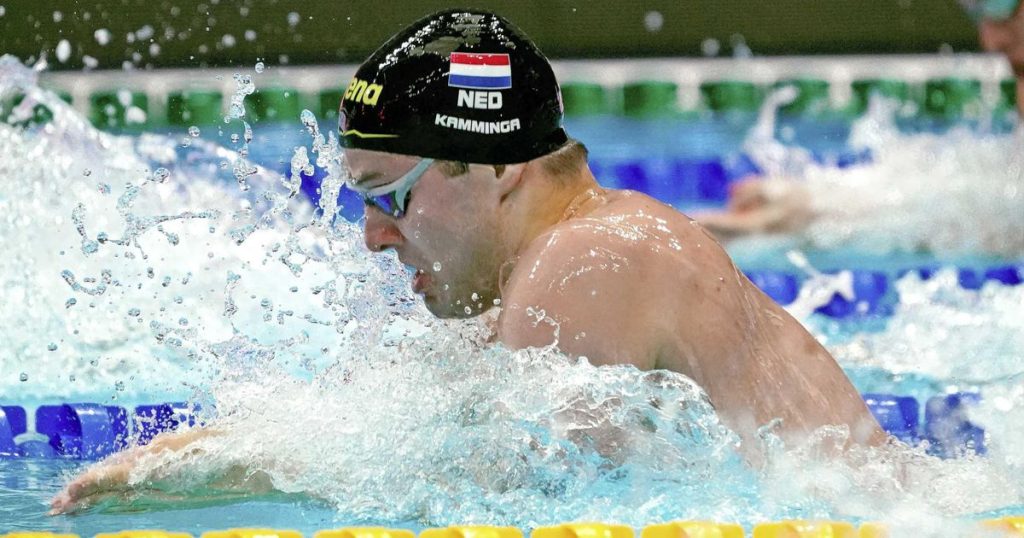 It was the Dutch swimming team’s second medal at the tournament in Hungary, after Kamminga’s silver in the 100m breaststroke.

At last year’s Olympic Games in Tokyo, the Orange quartet finished in sixth place in the 4×100 changeover. Then Toussaint, Kamminga and Korstanje were joined by the now retired Femke Heemskerk. The Netherlands qualified second in Budapest for the final, with a time of 3.43.48.

In the mixed relay, the participating countries can decide themselves in which order they let their two men and two women swim. Toussaint, who took the backstroke as a rookie swimmer, saw American Hunter Armstrong take a big lead in the track next to her. ‘Team USA’ started with two men, after which both women had to finish. Armstrong, Nic Fink and teenagers Torri Huske (19) and Claire Curzan (17) were far too strong for the rest of the field.

Behind, Kamminga (breaststroke) and Korstanje (butterfly) allowed the Netherlands to climb on the podium. Steenbergen, who swam the final in the freestyle, held second place for a time. In the final meters, however, she was overtaken by Australian Shayna Jack. The bronze was nevertheless an unexpected bonus for the Dutch quartet.

At the previous World Cup, three years ago in South Korea, the mixed relay team was disqualified in the final because Toussaint had swum too long underwater.

Toussaint back in the last 50 of the World Cup

Kira Toussaint reached the 50m backstroke final at the World Long Track Swimming Championships in Budapest. The Dutch record holder (27.10) set the seventh time in the semi-final with 27.69 seconds. Maaike de Waard did not make it with 27.77 (tenth).

Earlier in this World Cup, Toussaint had already reached the final of the 100 meters backstroke. In it, the 28-year-old Dutchman finished sixth. The world title went to American Regan Smith.

Canada’s Kylie Masse clocked the best time in the second semi-final in 27.22. Toussaint finished fourth in this race. De Waard had moved up to fifth in the first semi-final, won by 20-year-old Smith (27.29).

At the European Short Course Championships in Kazan late last year, Toussaint won gold in the 50, 100 and 200 meters backstroke.

Hungarian swimmer Kristóf Milák extended his world title in the 200 meter butterfly by setting a world record. In front of his own home crowd in Budapest, 22-year-old Milák won the gold medal in 1.50.34. With that, he was almost four tenths of a second faster than three years ago at the World Cup in South Korea, when he also became world champion with a world record (1.50.73) .

“This is my house, this is my pool and lane 4 is mine,” Milák said. “There are four thousand great people here in the stands who come to watch me. I couldn’t disappoint them.

With his world record, the Hungarian not only won a $50,000 bonus (converted to over 47,000 euros), but he also receives a personalized NFT. It is a digital token that is worth money online.

The best American swimmer Caeleb Dressel withdrew for “medical reasons” from the semi-finals of the 100m freestyle and the final of the mixed relay (individual medley). Dressel, 25, won no less than five Olympic gold medals at the Tokyo Games last year and took her number of world titles to fifteen in recent days in Budapest. It is unclear if he will return to the Hungarian 50m pool later this week.