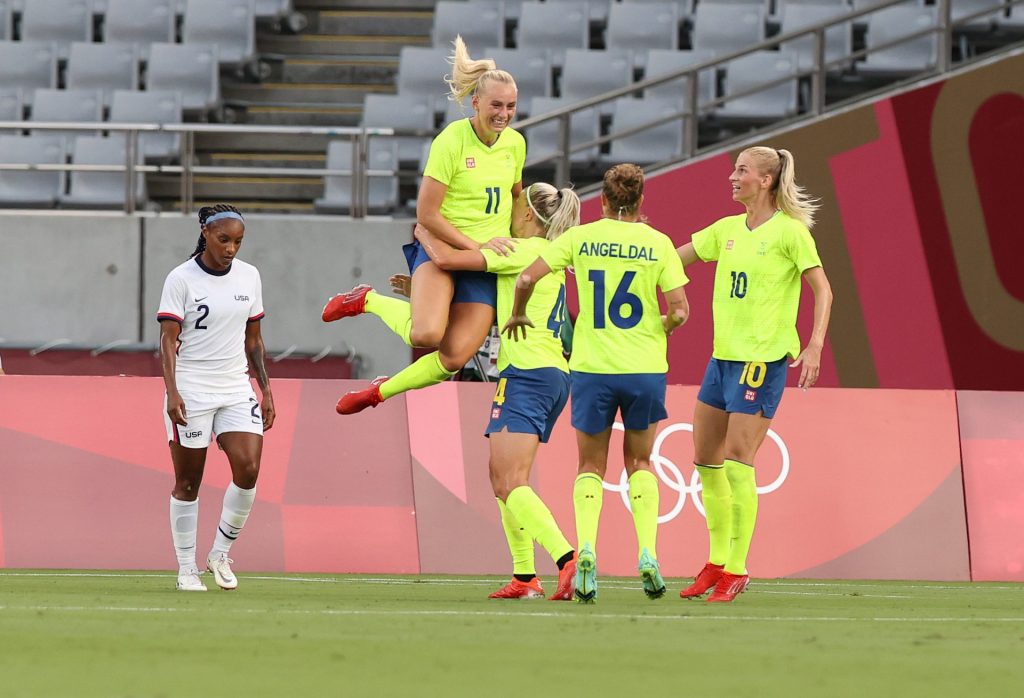 What a result! Sweden performed a mega stunt in the 1st game of the Olympic Games. The team beat the big American favorite and did it with clear numbers: 3-0!

The Swedes could thank Stina Blackstenius for her clarity. The star made it 1-0 with an assist from Sofia Jakobsson after about half an hour. Team USA was completely overwhelmed, notably losing the battle in midfield. The United States, in 2019 in the World Cup final in Lyon with a 2-0 too strong for the Orange, stood there and watched him.

Read also : ‘On this channel you watch the Orange Lionesses vs Zambia‘

Bash for the United States
After the break, it was again Blackstenius who scored and doubled the difference. Lina Hurtig closed the match. Shortly before that, Christen Press hit the post. Group G also includes Australia and New Zealand.

🙌 # Tokyo2020 | A surprise in preparation at the moment? Sweden have chances against super strong America and Blackstenius even knows how to use such an opportunity: surprisingly enough 1-0! ⚽🇸🇪