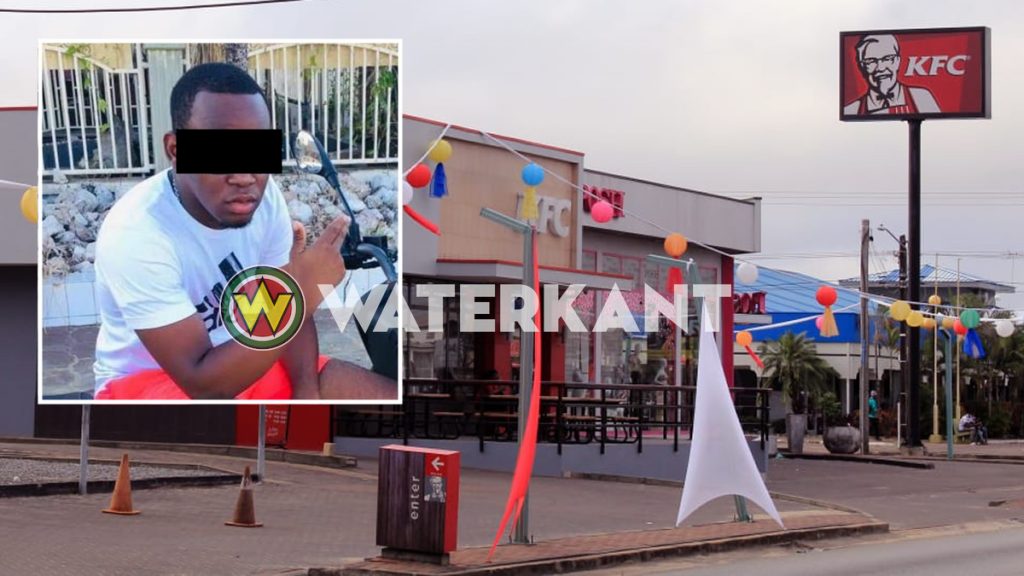 The 19-year-old suspect Dervinio D., who had previously been arrested for Flight at KFC Lalla Rookhweg and was accidentally released by police on Thursday October 14, was re-arrested last night after nearly 3 weeks.

After the theft, Dervinio was arrested on the basis of company camera footage identified as suspect. During the investigation, he was summoned for questioning by the police. Dervinio was taken to the police station by his mother, who is herself a Suriname police non-commissioned officer, and his father.

Based on the research, Iseah S. also entered the scene. The two young men finally confessed and were taken into custody after being arrested. Remarkably, Dervinio got it wrong exactly one week after the flight to free by justice.

The public prosecutor gave the order to arrest D again. He was arrested around 7 pm Wednesday evening at his father’s home, where he was supposed to be in hiding. Dervinio was arrested by the Paramaribo Regional Assistance Team (RBTP) on behalf of the Deputy Officer.

RBTP also found a third suspect in conjunction with Paramaribo detectives last week detained. This 20-year-old Wendel B. was arrested on Friday, October 29 and admitted to being involved in the robbery.