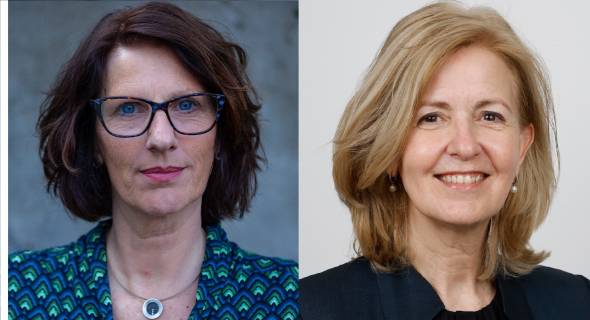 Thea Hilhorst is Professor of Humanitarian Studies at the International Institute for Labor Studies. His research focuses on humanitarian crises resulting from disasters and conflicts and studies their impact on individuals, organizations or communities.

She has also developed methods for scientists carrying out fieldwork in dangerous or politically unstable regions. She is also engaged in politics, advice to international organizations and activism. By belonging to the KNAW, it wishes to use its expertise to allow researchers in countries in crisis to access knowledge from international science.

The research of Susanne Janssen, professor of sociology of media and culture at the Erasmus School of History, Culture and Communication, focuses on media, culture and society. For example, she conducts research on the impact of digitization and globalization in the cultural sector and socio-cultural differences in media use and cultural consumption.

Janssen has led several large international research projects and is currently the head of a consortium in the European research program Horizon 2020. In addition, she has successfully dedicated herself to international education, for example as dean the construction of the International Baccalaureate in Communication and Media.

The KNAW was founded in 1808 as an advisory body to government and is considered the voice and conscience of science in the Netherlands. The company provides both solicited and unsolicited advice on science policy. Membership is intended for excellent scientists and is considered a tribute to a scientific career. Janssen and Hilhorst, along with 21 other new Academy members, will be installed in September.

Janssen and Hilhorst will be officially enrolled in the academy in September, along with 21 other newly elected members.