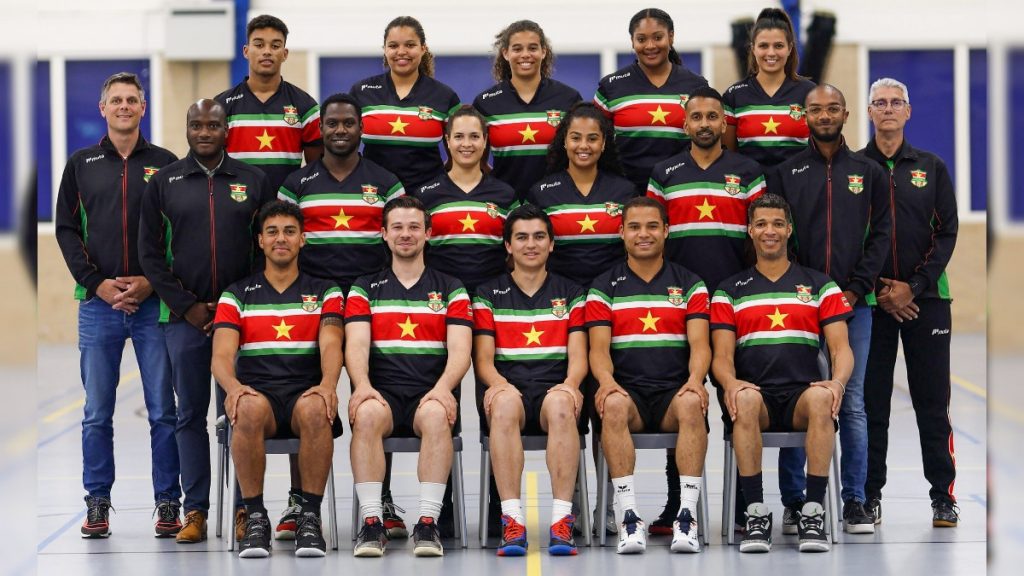 The Suriname Korfball team left the Netherlands today for Birmingham, Alabama in the United States of America to represent Suriname at the World Games. It is an international sporting event for non-Olympic sports which is held every four years. The korfball team, which played its last practice match on July 2, will compete in the World Games from July 13-17, 2022.

Suriname are ranked in Group B along with Belgium, China and Germany. Becoming first or second in the group means qualification for the semi-finals. The final battle will take place on July 17. With this participation, not only Suriname, but all of South America is represented because Suriname is the only South American country that will participate in the sporting event.

The korfball team is made up of women and men of Surinamese origin. Ivan Karsters and Captain Randell van der Steen are proud to represent their country on the world stage. Karsters says he wants to put Suriname on the map by participating in this type of tournament. “Even though we don’t live here, we are proud of our country, Suriname. We have to do this together and we hope that the Surinamese people and government will support us.

The Suriname korfball team won first place in 2018 at the Pan American Games in Colombia – which counts as the South American championship – and thus qualified to compete in the world championships in Durban, South Africa. According to statistics, this makes the team the first Surinamese sports team to have participated in a World Cup† In South Africa, in a field of 20 countries, sixth place was taken, which was good for the participation in the World Games in Birmingham. The world’s best eight will eventually face off in Birmingham. The Suriname korfball team is still the current South American champion.

In 2017, the Surinamese Korfball Federation was established with the aim of introducing Suriname to this branch of the sport and thus breathing new life into it. “Sport needs to be reintroduced in Suriname and young people’s interest needs to be aroused for this unique sport,” says Van der Steen. He calls korfball unique because it’s the only sport in the world where men and women form a team to win matches. “Gender equality is what makes this sport so beautiful and unique,” adds Van der Steen. The athletes further note that there is a lot of talent in Suriname, which they hope to discover and develop.

The federation is already in talks with the Surinamese government to get korfball off the ground structurally through training and classes in schools. She also hopes for the support of the government to be able to participate in the World Cup again.