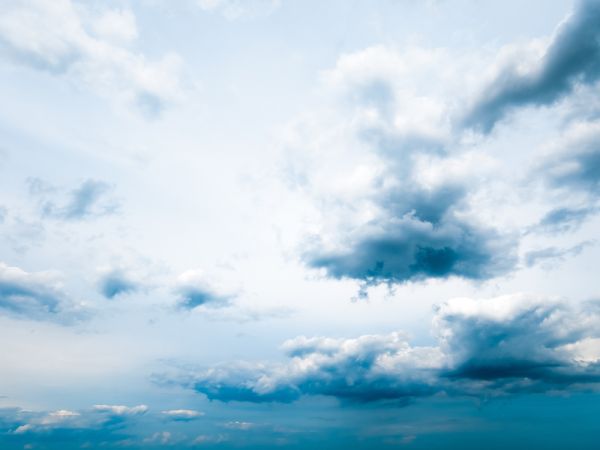 Fast forward 150 years and the science of weather forecasting has changed beyond recognition. Today, thanks to supercomputers, it is possible to make much more accurate weather forecasts. With today’s knowledge, and more importantly data, these powerful computers can make intelligent statements about the weather tomorrow, the day after tomorrow, and who knows, even next month.

“The data used for weather forecasts comes from a variety of sources, provided by satellites, weather stations, balloons, planes and even ships”

To do their job, supercomputers need data. The same goes for weather forecasts. The data used for this comes from a variety of sources, provided by satellites, weather stations, balloons, planes and even ships. In addition, meteorologists have access to the Global Telecommunications System (GTS), which collects and distributes data four times a day at six-hour intervals.

The data provided by these sources can range from five hundred gigabytes to one terabyte. Before being used, these data are subject to quality control. Once this process is complete, the mathematical models make the predictions. These models – already in use since the 19th century – are equations that describe the state, movement and time evolution of atmospheric parameters such as wind and temperature.


Converting these equations into accurate predictions requires computing power. If we divide a large country into a network of ten kilometer blocks, a significant level of computing power is required to make local predictions within each block. But making predictions on smaller blocks is a real challenge. Thunderstorms and small-scale effects are closely related to local weather. With a network too large for the small block, these effects are easy to overlook. It’s like a fisherman; to catch small fish, you need a finer net.

Have as a solution

Due to the computing power required for these calculations, scientists are turning to artificial intelligence (AI) technologies. Instead of using powerful calculations to predict the weather based on current conditions, AI systems look at data from the past. This has a significant influence on the weather forecast. For example, the UK Met Office recently conducted a trial with AI technology to predict floods and storms. Based on radar maps from 2016 to 2018, the system was able to accurately predict precipitation patterns for 2019 in almost 90% of cases. Thanks to advances in technology, the four-day forecast is now as accurate as the one-day forecast was thirty years ago.

Moreover, the science of weather forecasting is relatively backward. Even though technology is doubling computing power approximately every two years, it takes even longer before science really puts this power to good use in its knowledge and research.

Yet weather forecasting has improved tremendously with today’s computing power. To give an example of the difference between then and now, a weather model that would have lasted 600 years on computer systems in the 1960s now only lasts 15 minutes on a standard server.

As computing power advances in the coming years, along with scientific knowledge of weather patterns, even more accurate forecasts will be possible. This is crucial, because by predicting extreme weather conditions, supercomputers could potentially save lives and have a major impact on the world.

(Author Zaphiris Christidis is a weather segment leader at Lenovo.)