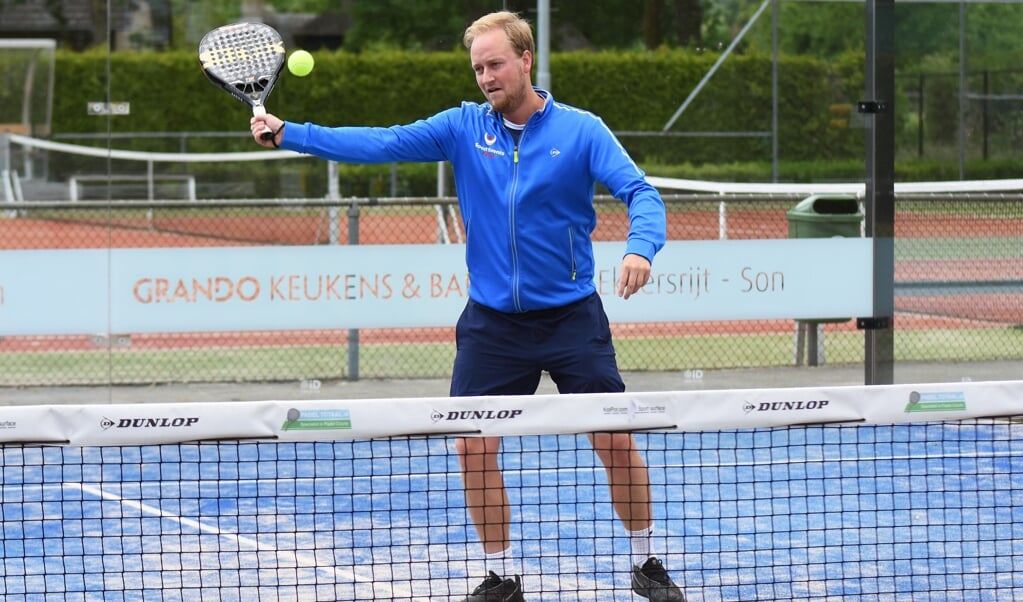 
ZEALAND – The Zeeland tennis and padel club Set’77 is again offering the so-called Summer Challenge this year. A summer subscription where you can play unlimited tennis and padel for four months (from June to September) for only 49.95. The perfect opportunity to familiarize yourself with tennis and the extremely popular racket sport that is padel.

Since spring 2020, Set’77 has had two beautiful padel courts in addition to its seven tennis courts. Until recently, padel – a mixture of tennis and squash – was relatively unknown in our country, but in recent years the racket sport has experienced unprecedented growth and padel is “discovered” by more and more people. of sportsmen.

“Padel is played by four on a rectangular field ten meters wide and twenty meters long”, says Nic Kroot (photo), coach at Set’77. “The track is surrounded by walls, a combination of glass and fencing. You play with a padel racket and a padel ball and during padel the walls are part of the game.”
As walls can be used, compared to tennis, strength is less important in padel. Nic: “It’s not about hitting as hard as possible, but above all about technique and tactics. Padel is a very dynamic and stimulating sport, where the ball returns easily.

“It’s also a sport with a lot of fun,” adds William van Stiphout, president of Set’77. “It’s faster than tennis and the number of ball contacts in padel is three times higher. The score is equal to the tennis score (15, 30, 40, two, advantage and game, editor’s note) and the service must always be sneaky.

The Zeeland association hopes that padel will mainly appeal to the target group of 17 to 40 year olds. William van Stiphout: “Among other things, football players, whose sport stops during the summer months, but also squash players, badminton players and table tennis players will soon enjoy this game. D especially since it is very easy to learn.

As in previous years, Set’77 offers residents of Zeeland the opportunity to register for the Summer Challenge. The offer is as follows: four months (from June to September) unlimited tennis and/or padel lessons and one free tennis or padel lesson for a total amount of 49.95. Padel rackets can be borrowed from the Zeeland association. Sign up for the Summer Challenge, individually or with a buddy, via [email protected] For more information, see www.set77.nl†