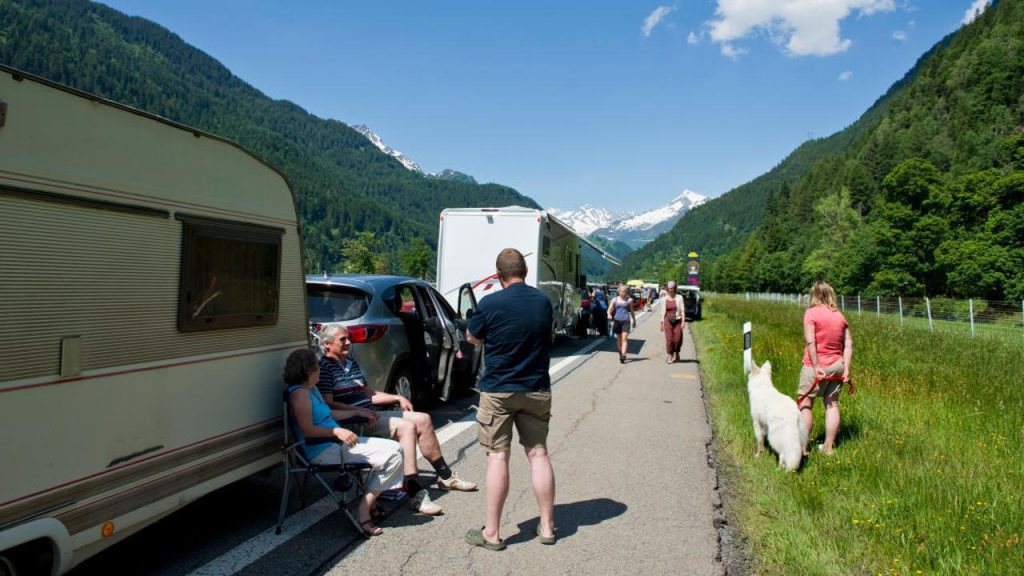 It will again be busy on Saturday on the roads to and from European holiday countries, although the roads will not be as congested as a week ago. Crowds are no longer just caused by people going on holiday, but also by returning holidaymakers, reports the ANWB. Traffic jams are remarkably numerous in Croatia.

It is also busy in other European countries. In Germany, this can be seen on the A7 between Hamburg and Flensburg, near the border with Denmark. Traffic in both directions was delayed for more than an hour on Saturday morning. In southern Germany it is busy on the A8 from Munich to Salzburg and on the A7 from Füssen to Ulm.

According to the ANWB, it is remarkably busy in Croatia. There are traffic jams from Zagreb to the coast, and at the border with Slovenia traffic is blocked in both directions. At the border between Slovenia and Austria, the waiting time for the Karawankentunnel is about 45 minutes.

Traditionally, there is a traffic jam in front of the Gotthard tunnel in Switzerland. There, the delay is one hour in both directions. In Italy it is mainly connected with the A22 from Modena to the Brenner. In the south, the additional travel time is more than two hours, in the north an hour and a half.