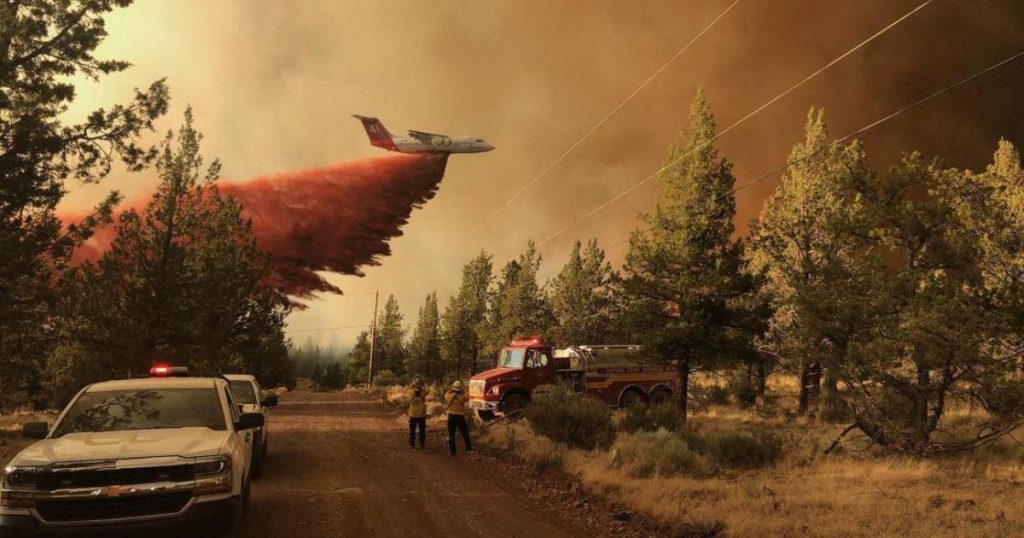 “We have reached a critical point,” Mike Farnworth, the county public safety secretary, said at a press conference. By declaring a state of emergency, large-scale evacuations can be organized and emergency shelters can be provided for evacuees.

On Tuesday, an evacuation order was already in place for around 5,700 residents of the province, more than double the number the day before. In addition, another 32,000 residents are at risk of having to leave their homes. “Please prepare an evacuation plan for your family,” Cliff Chapman, executive director of the local fire department, warned Tuesday.

Western Canada and the United States have been ravaged for weeks by forest fires caused by the heatwave in late June. There are currently nearly 300 active wildfires in British Columbia and the hot, dry weather in the province is expected to continue over the next few days. In addition, the rising wind can increase the spread of fire. About 3,000 firefighters are fighting the blaze.