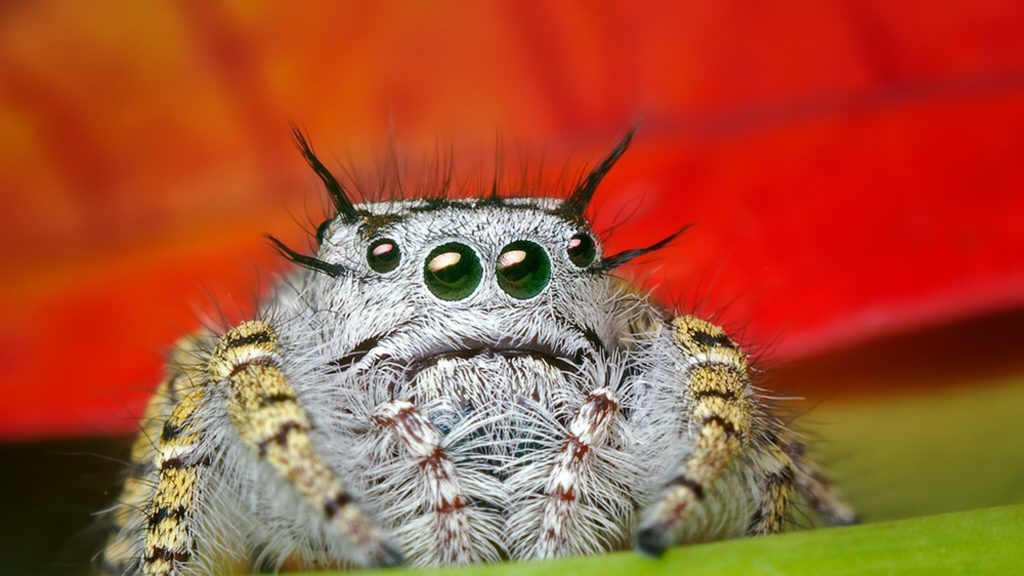 To start with this last question: if spiders really dream, it is not yet possible to tell immediately. This is a first clue. But seriously.

A team of scientists from German, Italian and American Harvard universities observed what are called jumping spiders. These arachnids don’t make webs but catch their prey – you guessed it – by jumping. They secure themselves using cobwebs.

This species of spider must therefore have very good eyes, and it does. Even four. Middle eyes are a type of telephoto lens. The eyes beyond are useful for determining distances, shapes and movements. The eyes are forward-facing and reflect in the dark when light hits them, just like in cats.

Scientists have specifically studied the nocturnal inactivity of these creatures using infrared cameras. They discovered “periodic movements” on the retina. At the same time, they saw leg twitches.

According to the researchers, these movements are strongly reminiscent of the movements that we humans and some animals perform during REM sleep. REM stands for Rapid eye movement, in other words: rapid eye movement sleep. It is the state in which we humans have the most vivid dreams.

The spiders vibrated in a way similar to the movements of dogs and cats during REM sleep, says Daniela Rossler, a biologist at the German University of Konstanz and lead author of the study. The scientific article on this subject was published in Proceedings of the National Academy of Sciences (PNAS). That jumping spiders also dream visually, as we do, is a very different storyshe told the Washington Post.

“There are lots of cool things going on in their heads”

An expert on the behavior and cognitive abilities of jumping spiders tells The Guardian it’s “not crazy” to think these spiders can dream. “They are very active during the day. They are constantly moving and getting information all the time.” They don’t just get this information through their eyes. Jumping spiders have tiny hairs on their bodies that allow them to pick up vibrations. Spiders can also hear.

“So there’s a lot of cool stuff going on in their brains and then they climb into their little silken nests at night. They have to process all that information, so it wouldn’t be crazy if they did something like that at night. “

Scientists filmed the night with an infrared camera: