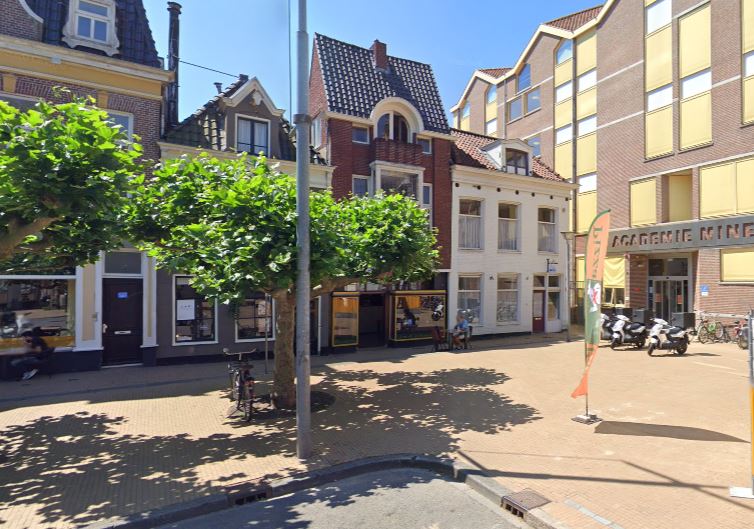 The public space of the small square next to the Académie Minerve and that on the south side of the Gedempte Kattendiep will be equipped with a faceliftinform the municipality. These two places, both located at the ends of the Gedempte Zuiderdiep, are greening up. There will also be more space for pedestrians and places to stay.

In any case, this is the proposal of the Municipal Executive to the municipal council.

Since 2018, there are no longer any buses that run directly through the western part of Groningen’s city center. This has created space to redesign this part of the city center with more space for pedestrians, cyclists and housing. Astraat, Brugstraat, Munnekeholm and Akerkhof are now approached in this way. It is now the turn of the environment of the Académie Minerve.

The square in front of the school is now mostly filled with parked bicycles. With the preliminary design done, this place will be transformed into an attractive place to stay. Instead of asphalt there are yellow stones, which connect well with the Munnekeholm.

Cyclists coming from Gedempte Zuiderdiep will soon be led onto the carriageway earlier, so space will be created under the trees on the north side for terraces and a wider sidewalk. On the square there will be a large plant area with special seating elements, which are partly made of old yellow stones from the city center. The bicycle parking will be moved to the bicycle compartments along the side of the school.

Still on the south side of Gedempte Kattendiep, investments are underway for a greener development of the current terraces and the public space that surrounds them. In 2009 the area received its current interpretation and it was called the “Ramblas”. A plan for this has now been broadly drawn up with the restoration contractors. The terraces will have a slightly different layout and around the terraces and along the
bus lane come green plant areas. There will also be more space for children to play and there will be public seating. In order to limit flooding following heavy rains, the municipal executive proposes to also use permeable paving.

Alderman Roeland van der Schaaf: “With both projects, a piece of public space has been recovered, which gives a boost to the quality of life in the city center and makes it more pleasant to live in.”

By combining the renovation with the planned replacement of the yellow bricks, the additional investments required are limited. When the city council decides to make this credit available in February, the work will be carried out in phases starting in the spring.