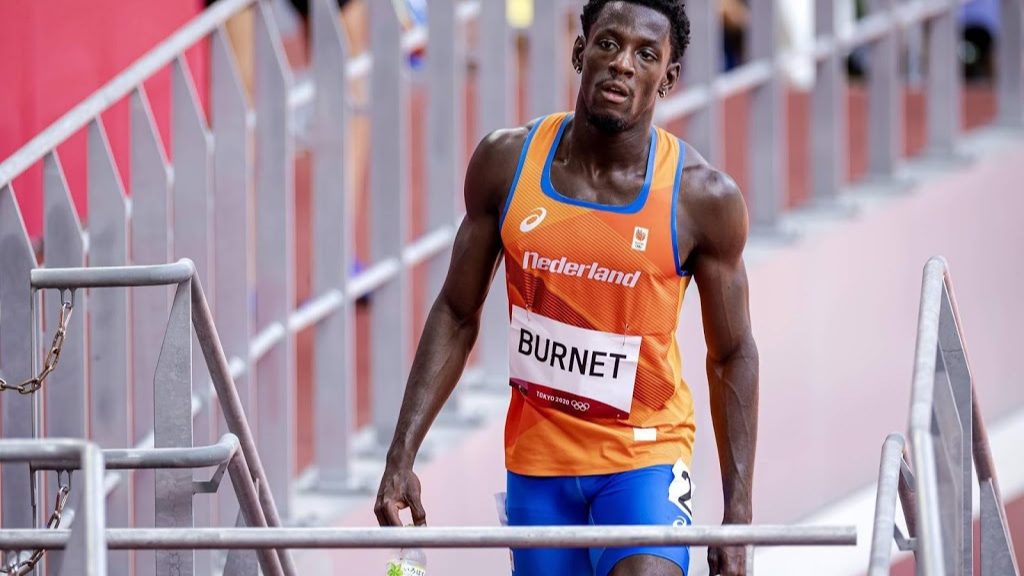 Dutch sprinter Taymir Burnet failed to qualify for the 200-meter final at the Tokyo Olympics. The 28-year-old from Curacao ran aground in the semifinals finishing eighth and last in his heat with a time of 20.90.

Reaching the final was an almost impossible task for the Dutchman. In the series he ran the 23rd time and in the field of top sprinters in the United States and Canada, among others, Burnet was covered in snow. In the series, he clocked a season best time of 20.60. He did not reach the final.

“My body said no tonight. I had a little cramp here and there and couldn’t maintain my speed in the straight line,” Burnet said after his race. “I was back in lane 2. When I heard that before the race I was pretty grumpy. I don’t like those tight corners so I have to work too hard.”

Burnet was nevertheless quite satisfied. “I haven’t had much preparation this season with injuries and a crash in training. I suffered a knee injury and had a lot of physio over the past two weeks. still in the semi-finals of the Olympics. get ready for the relay. Then I can get my revenge again. “

Burnet has been one of the best sprinters in the Netherlands for several years, but he is still waiting for individual success. He won bronze at the European Championships in 2018 with the 4x100m relay team. The sprinter reached the semi-finals of the 200 meters at the 2019 World Cup in Doha. He also achieved his personal best of 20.34.

The successor to the Usain Bolt is announced in Tokyo. The Jamaican sprint legend has won gold in the 200-meter three Games in a row. Canadian Andre de Grasse qualified as the fastest for the final with a personal best of 19.73. American Kenneth Bednarek set the second time with 19.83.