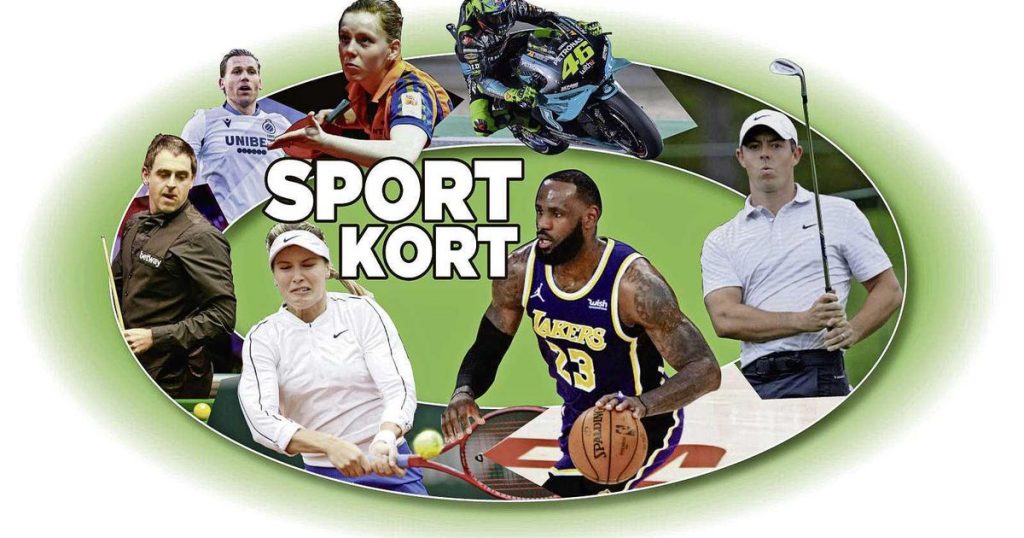 Tennis players Sofia Kenin and Serena and Venus Williams have retired from the WTA tournament in Cincinnati. Kenin, number 4 in the world rankings, cannot participate in the American tournament on hard because she has not yet recovered sufficiently from a foot injury.

She hopes to recover in time for the US Open at the end of this month. Kenin had previously retired from the Montreal tournament which takes place this week.

Two-time Cincinnati winner Serena Williams has retired with a right leg injury she sustained at Wimbledon last month. “Unfortunately, I won’t be playing the Western & Southern Open next week as I’m still recovering from my leg injury,” she said. Tournament organizers have not indicated why Venus Williams has pulled out.

Roger Federer and Novak Djokovic had previously retired from the Cincinnati Masters Tournament.

Zverev not in Davis Cup at the moment

09:30 Tennis player Alexander Zverev will not play for Germany in the Davis Cup at this time. After winning Olympic gold in Tokyo, he withdrew from the national tournament. The tennis player is not happy with the new format and says he prefers a vacation in November.

Davis Cup was previously played during the tennis season. A new format was introduced in 2019, with preliminary rounds in February and a final tournament, the Davis Cup final, in November. “I’m just a human and I need a vacation too,” Zverev told Sportbild. We play from January to October. In November, I will not participate in the current setup.

The 24-year-old tennis player says he may want to replay Davis Cup for Germany in the future. “As soon as we play in the old format again, with a home advantage and a duel this weekend, I’ll be there again.”

8:20 a.m. German basketball player Dennis Schröder moves from LA Lakers to Boston Celtics. The 27-year-old playmaker announced that he has signed a one-year contract with the Boston Basketball Club.

“I am proud to announce that I will be playing for the Boston Celtics for the 2021-2022 season,” Schröder said on Instagram. “This is one of the best clubs in NBA history and it’s an honor to wear the ‘green and white’ and do what I love! I’ll give it my all in this town every night.

08:16 Tennis star Demi Schuurs was eliminated in the second round of the WTA tournament in Montreal. Schuurs, who finished third, lost with her doubles partner Nicole Melichar to American Catherine Harrison and Norwegian Ulrikke Eikeri 6-3 2-6 10-4.

It was Schuurs’ first appearance since the Tokyo Olympics. There she participated in the women’s doubles with Kiki Bertens. The duo lost in the second round of the doubles against Russian combination Veronika Koedermetova / Jelena Vesnina. For Bertens, it was his last game of his professional career.

Rosalie van der Hoek lost in the first round with her doubles partner Erin Routliffe of New Zealand in straight sets to German-Polish pair Vivian Heisen and Alicja Rosolska. The German and the Pole won in two tie-breaks: 7-6 (5) 7-6 (6).