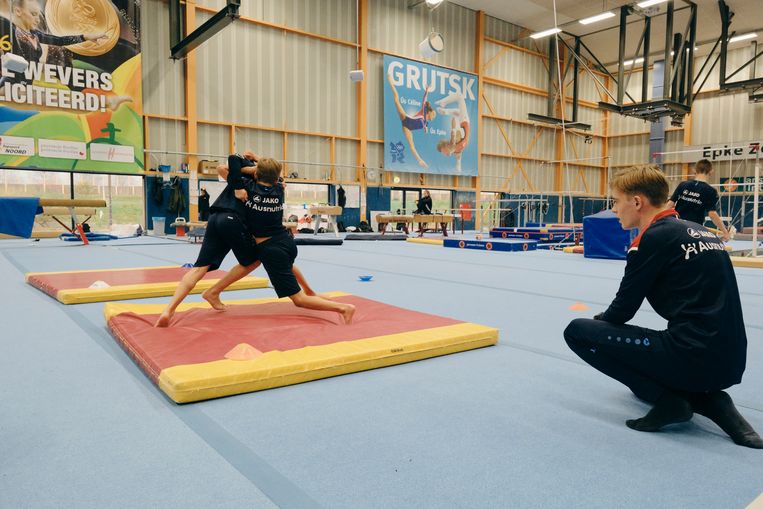 No less than 60 per cent of young people affiliated to a club play sports organized under the flag of the KNVB, KNHB, Nevobo or KNGU. Asked about the common denominator of these some 600,000 children, the initiator Martine Hoofwijk does not need much time to think. In a nutshell: they learn a trick, where ideally they should grow up to be a generally developed athlete. “They’re specially trained, which means they’re having less fun. As a result, they will exercise less and exercise less at an older age.

The causes are many. For example, sports scientist Hoofwijk, who works at KNHB, notices the trend that children can join a club at an increasingly younger age. “There are football clubs where two-year-olds can already go. This trend is also visible in hockey, as they are already walking your little ones with a stick. By specifically training toddlers and preschoolers in a particular sport at such a young age, the broad motor base necessary for general development is lacking. Johan Cruijff once said that he was only allowed to join the local football club at the age of seven. Until then, he played a lot in the streets, which gave him a very good base.

Children are also often guided during training by insufficiently trained staff. Well-meaning parents who stand in front of a group in their free time. The four sports federations will therefore soon not only launch a database with different forms of motor exercises from which these volunteers can draw for their exercise equipment, but also offer training for trainers and assistants.

Hoofwijk: “We consciously choose not to offer ready-made programs, but to offer tools that can serve as inspiration. After all, soccer training is different from volleyball training. We also provide coaches with information on the importance of versatile motor development and tips they can implement in sport specific exercises. How to prevent children from standing still for a long time during training? How do you increase the difficulty level of the exercise equipment without losing sight of the format of the game? How do you make sure your training forms match the children’s experience? Because fun must always come first.

The project, which is funded by funds provided by the NOC-NSF sports umbrella organization by the Ministry of Health, Welfare and Sports, also offers motor training to younger people. In addition to the introduction of “APK inspection” for training forms, the KNGU’s Miffy exercise certificate is expected to become the new standard for children up to five years old, says Hoofwijk. In this gymnastics association educational program, toddlers and preschoolers learn basic skills such as balancing, jumping, swinging, catching and throwing.

“What happens when you perform these drills on a soccer field?” Hoofwijk wonders again. Time will tell us. At least, she hopes. “My ideal is to train all the coaches who work with the youngest group of children to be Miffy trainers.”