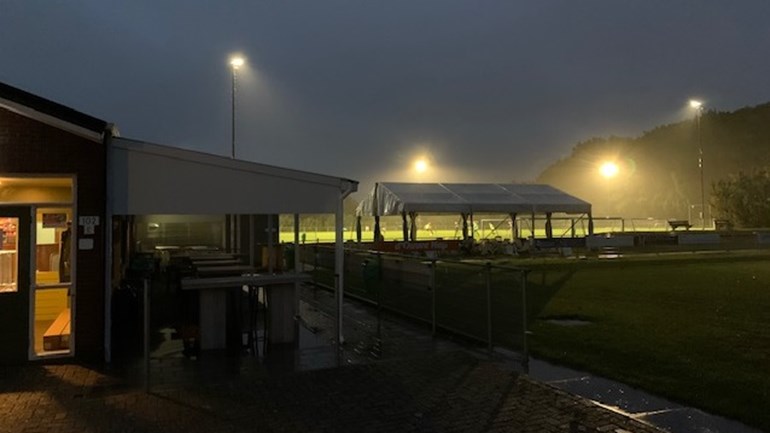 More than 50 percent of Luctor / Heinkenszand’s income comes from the canteen, according to Utermark. “The derby against Nieuwdorp is scheduled for this weekend. Lots of spectators would come, so we will definitely notice.”

Luctor / Heinkenszand had made a sort of drive-in in the canteen to collect refreshments. Visitors were encouraged to consume as much as possible outside of their order. Due to a large awning and an additional tent with heating, there was enough space. “The football canteen has an important social function here in the village, so we have made extra efforts,” said the president.

At VV GOES, they had hoped that Zeeland would be spared due to the low number of infections. This does not happen. The measures apply to the whole country. According to board member Frank de Bie, this is yet another financial loss. “Not only financially, but hopefully the sponsors will ask questions at some point as well.

Marco Utermark from Luctor / Heinkenszand attended the press conference and still has questions. “For example, what do we do with parents who drive children to games outside? Some of them spend more than an hour in the car. Can we still offer them coffee, or are we? are they not allowed to enter the field at all? ” It also has questions for teams that have played football and are watching another game. “Should this be allowed or should we send it off site?” The president hopes to receive answers soon.

The first question was quickly answered on Monday evening Dutch government website. Parents who drive are allowed on the site and are not considered supporters or visitors.