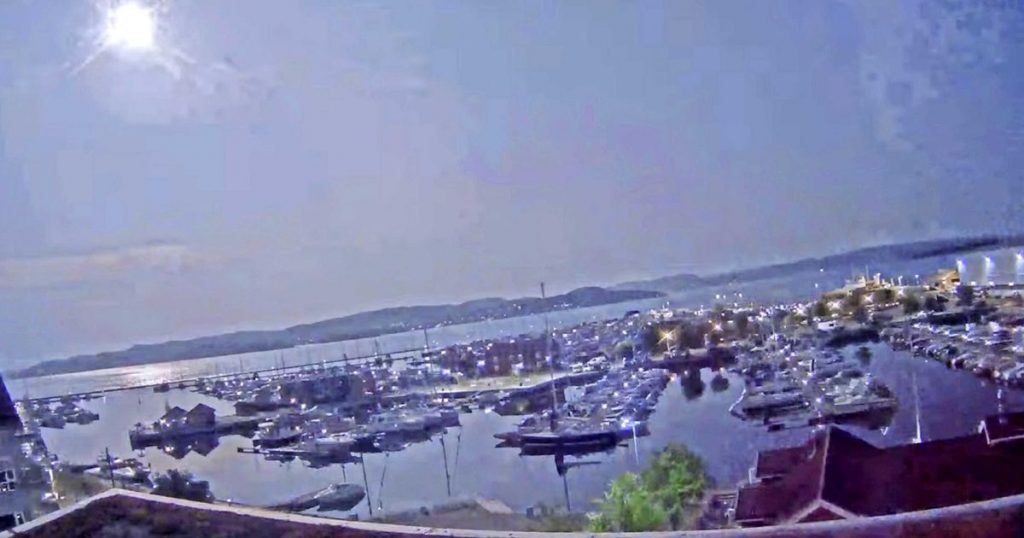 Records of surveillance cameras showed very powerful flashes of light, followed by a loud bang. Police have received numerous reports from concerned citizens, but no reports of injuries or damage.

A meteor is a piece of rock that burns very quickly as it enters the atmosphere and glows brightly. Meteorites are called the pieces of meteor that did not burn and are collected on Earth.

According to the Norwegian Meteor Network, the meteor’s fireball could be seen for five seconds after entering around 1 a.m. local time. The network estimates that the meteor when it entered was moving at a speed of 16.3 kilometers per second, or 58,680 kilometers per hour.

Norwegian astronomer Vegard Rekaa told the British BBC that his wife – who was awake at the time – could have heard something shaking just before an explosion which she said must have been caused by something heavy falling near from their house.

Rekaa has since seen “fantastic videos” of the meteor, something rarely captured in Norway or other parts of the world. Early indications indicate that the meteor fell in a wooded area called Finnemarka, about 60 kilometers west of Oslo.

A group of campers reported a “big explosion right over their heads”. Analysis of the images leads experts to believe that the meteor weighed at least 10 kilograms. It’s not great in itself, but what’s exceptional is that it has been seen and heard by so many people.

In 2013, a similar situation occurred when a meteor hit the Ural Mountains in Russia, causing extensive damage.