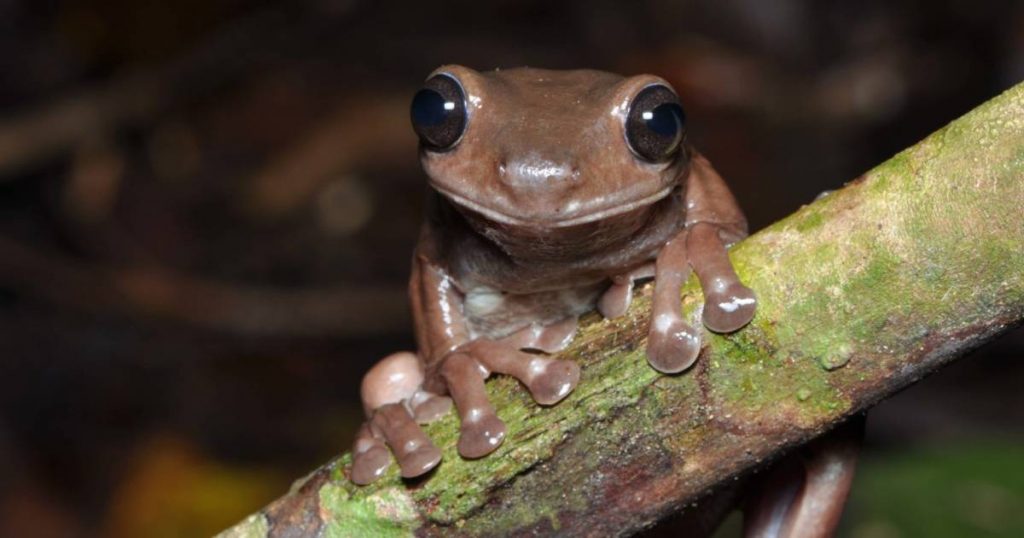 A team of Australian researchers have discovered a special tree frog in the rainforests of New Guinea. Due to its brown skin color, it is now called the chocolate frog.

The tree frog is also found in green form in New Guinea and Australia. “This is the closest thing to the tree frog that we found in New Guinea,” Paul Oliver, one of the scientists responsible for the discovery, said in a press release. “The two species look alike, except that the one we know is green and has a beautiful brown color.”

According to scientists, it’s no surprise that the chocolate frog has yet to be discovered. “The frog lives in very hot swampy areas with lots of crocodiles, which discourages exploration,” said Steve Richards, another researcher. He thinks the chocolate frog might be common in New Guinea.

The island, the western part of which belongs to Indonesia, was once attached to present-day Australia. “Despite the fact that many Australians are unfamiliar with New Guinea, many animals are common there and at home. Knowing more about the biodiversity in New Guinea helps us better understand the history and origin of our own wildlife. “

The official name of the newly discovered frog is not chocolate frog, but Litoria Mira. Litoria is the name of a genus of frogs that has dozens of branches in Australia, New Guinea and Indonesia. “And Mira means surprised or strange in Latin,” says Oliver. “Because it was such a surprising discovery to find a neglected relative of a well-known frog family in the rainforests of New Guinea.”