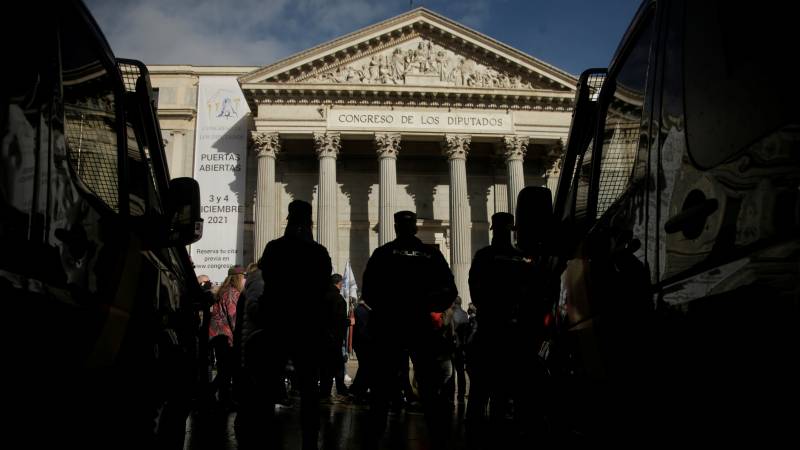 A police demonstration is underway in Madrid. They demonstrate against the intention to annul various legal provisions of the “gag law” of 2015.

The rocker law was introduced by the Conservative People’s Party, which was in power at the time. The Spanish government is now led by the social democratic PSOE.

Under the gag law, much stricter rules were introduced for protesters, with fines of several tens of thousands of euros for insulting or shooting police officers without permission. Demonstrating without permission was also punished with exorbitant fines.

According to the Spanish government, the law was supposed to promote democratic rights and freedoms, but the opposition and international organizations condemned the law.

Police believe their job will be made much more difficult if the law is later overturned. Protests no longer need to be recorded and officers can be filmed while working. Police statements are no longer automatically taken to be true.

It is a special demonstration, says correspondent Rop Zoutberg: “This is the first time that the national police and the Basque and Catalan autonomous police have demonstrated together. The Guardia Civil is also involved.” The Guardia Civil can be compared to the military police.

In addition to the police, there are also politicians from the People’s Party and the far-right Vox party. The latter causes inconvenience, says Zoutberg: “The police unions do not want them to run away with their demands.