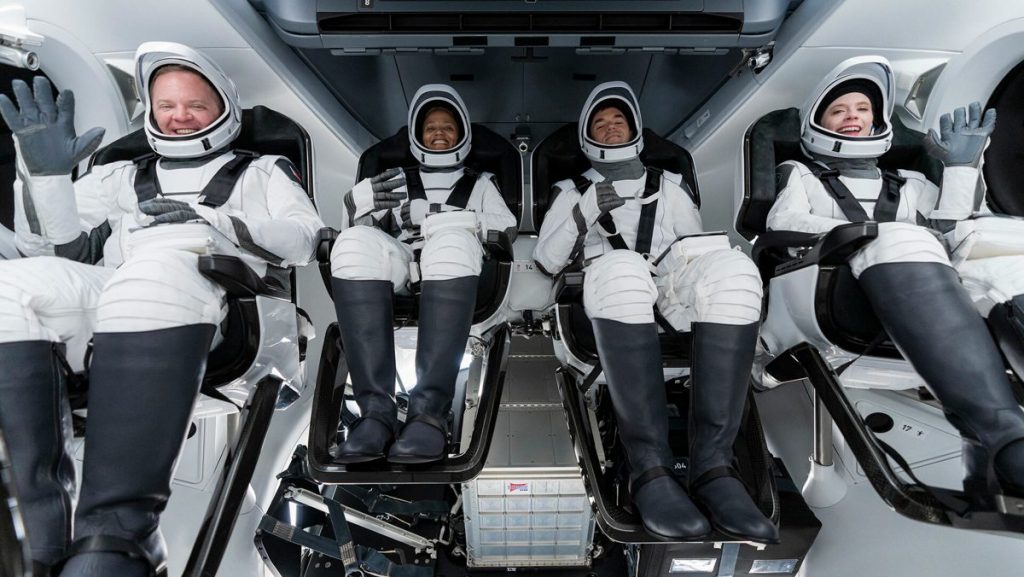 You might never get to space yourself, but that doesn’t mean you can’t pretend …

SpaceX’s Inspiration4, the world’s first fully civilian spaceflight, landed five days ago safe on earth again after a successful three-day mission. We’ve seen some great official footage before while the crew were in orbit, but since they landed they’ve also been posting more images on their social media pages on a regular basis.

ALSO READ: These are the best photos of the Earth of all time from NASA

Watch the special video below, produced by Mission Commander Jared Isaacman, the founder of Shift4 Payments who funded Inspiration4.

It was filmed through the spaceship dome, the transparent observation dome that was added specifically to the Crew Dragon instead of a dock door.

Kudos to Isaacman for bringing this Alien Xenomorph to space, even though he concluded it probably wasn’t worth it in the end.

This is not the only video that has been shared. Isaacman was accompanied aboard the Inspiration4 by three other crew members, medical assistant Hayley Arceneaux, aeronautical engineer and Air Force veteran Christopher Sembroski, and geoscientist Dr. Sian Proctor and all were clearly making good use of their smartphones in orbit.

This is the moment when Dr. Proctor filmed how they first opened the dome hatch. You can literally see the awe on their faces as they gaze at Earth.

And here is a breathtaking 360 degree view through the Dome of Arceneaux.

Sembroski also captured some great photos, including an aerial view of Australia and storm spirals above Earth.

Oh, in case you were wondering, the alien wasn’t the only toy to have been to space. Sembroski also took a Funko Pop which resulted in a Funko donation to St Jude’s Children’s Research Hospital (St Jude’s was the beneficiary of the mission).

ALSO READ: Everyone Should Try These 4 “Alien” Features in the NASA App