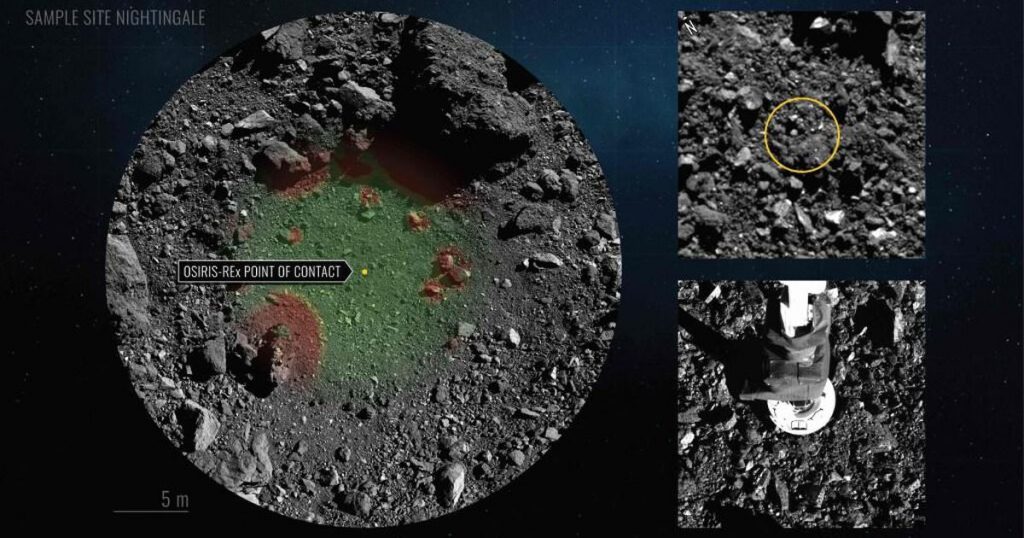 The OSIRIS-REx had sucked about 60 grams of pebbles and dust from the surface of the potato-shaped asteroid Bennu in October. This happened almost 333 million kilometers from Earth. The asteroid samples are collected in a container on board the probe.

Scientists want to study sand under their microscopes on Earth to get a better picture of the origin of our solar system, and they can find clues to the origin of life on Earth. This is the first time that Americans have collected material from an asteroid. It paved the way in Japan with the Hayabusa and Hayabusa2 missions.

OSIRIS-REx engines moved the probe away from the asteroid on Monday evening. To reach Earth, it will circle the sun twice and travel a distance of 2.3 billion kilometers. On September 24, 2023, the capsule is scheduled to land safely in the desert of the US state of Utah, about 100 km west of the city of Salt Lake City.

OSIRIS-REx was launched in 2016. The mission costs around $ 1 billion.