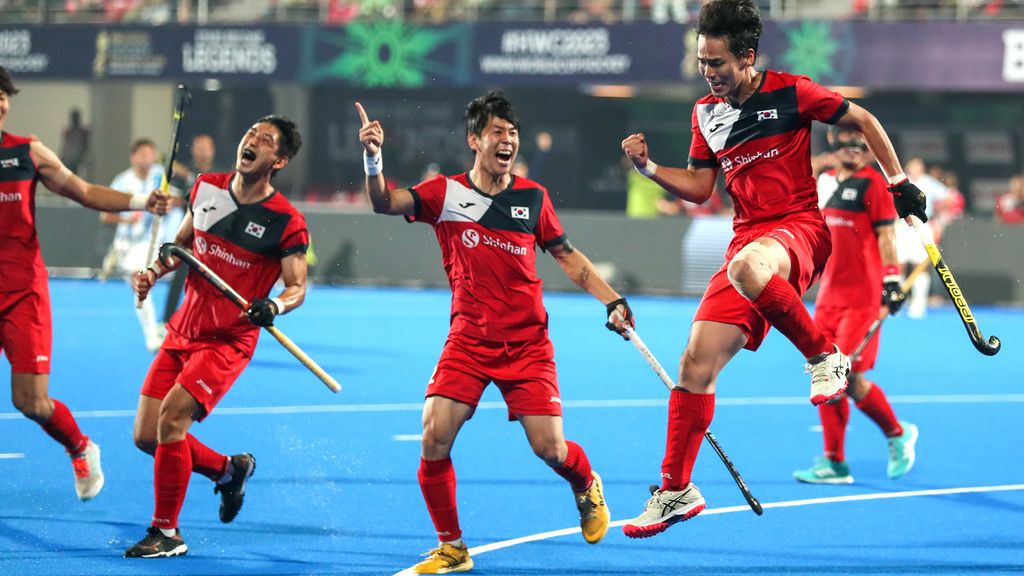 South Korea is the Netherlands’ next opponent at the Hockey World Cup in India. In the intermediate round, this team was surprisingly too strong for Argentina. After a 5-5 draw, the Asians took the penalty shootout better: 3-2.

Thanks to the group victory in the group stage, Orange was already assured of a place in the quarter-finals. National coach Jeroen Delmée’s team won successively in India against Malaysia (4-0), New Zealand (4-0) and Chile (14-0). This latest win was the biggest win ever at a World Cup.

South Korea finished third in their group. There was a big defeat against Belgium (5-0) and Germany (7-2). Between the two, the team recorded a narrow victory over Japan: 2-1.

The match between the Netherlands and South Korea will be played on Wednesday at 2:30 p.m. (Dutch time) in Bhubaneswar. The winner of the meeting between defending champions Belgium and New Zealand awaits in a possible semi-final.

On the other side of the calendar, Australia, Spain, England and Germany are vying for a place in the final. The Netherlands are chasing their first world title since 1998.

Argentina, who were an underdog in India as number seven in the last World Cup and Olympics, have long been ahead against South Korea. The duel in the intermediate round seemed decided when Nicolas Keenan scored 5-3 with his second goal at the start of the last quarter. But on two penalty corners, South Korea still reached the same level via Jang Jong-hyun and Lee Nam-yong.

Subsequently, South Korea took the penalty shootout better. Lucas Toscani missed the decisive ball by not kicking until after the 8 seconds had elapsed. The miss sparked exuberant joy among the Koreans, who have 48 hours to prepare for the showdown with Orange.