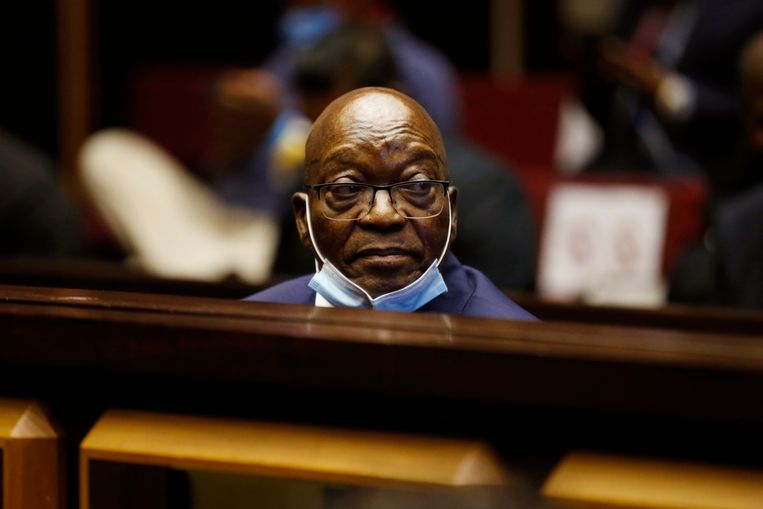 The move is a boost for Zuma’s successor, Cyril Ramaphosa, who is trying to take action against corrupt practices within the ruling ANC party.

Zuma’s reign from 2009 to 2018 was plagued by patronage and fraud scandals. After his resignation, he refused to cooperate with a committee set up to investigate the mismanagement. In January of this year, South Africa’s highest court ordered Zuma to appear before the commission. Because Zuma refused again, now that’s enough. He was convicted of “contempt” by the Constitutional Court.

The court gives Zuma five days to report to the police. If he doesn’t, the police must do everything in their power to catch Zuma, Judge Sisi Khampepe said in Johannesburg on Tuesday. Zuma was not present at the verdict.

The conviction is big news in South Africa, where many have questioned whether the man who once held the most powerful office in the country could be held responsible for abuse of power. Many South Africans look back on Zuma’s presidency with horror. His policy of giving high posts in state-owned companies to corrupt friends is seen as one of the main reasons why basic services such as water and electricity in South Africa are in crisis today. bad condition.

Current President Ramaphosa has been trying to turn the tide since taking office in 2018, including purging the ruling ANC of politicians from the Zuma camp. Last month, Ramaphosa scored a victory when the ANC board decided to suspend the party’s suspected corrupt general secretary, Ace Magashule. The ANC has fought for years between supporters of Ramaphosa and Zuma.

Zuma is now also on trial in a case that dates back to when he was not yet president. In the late 1990s, he was involved in an arms deal worth over $ 2 billion. He is suspected of corruption and money laundering. Zuma denies being guilty.