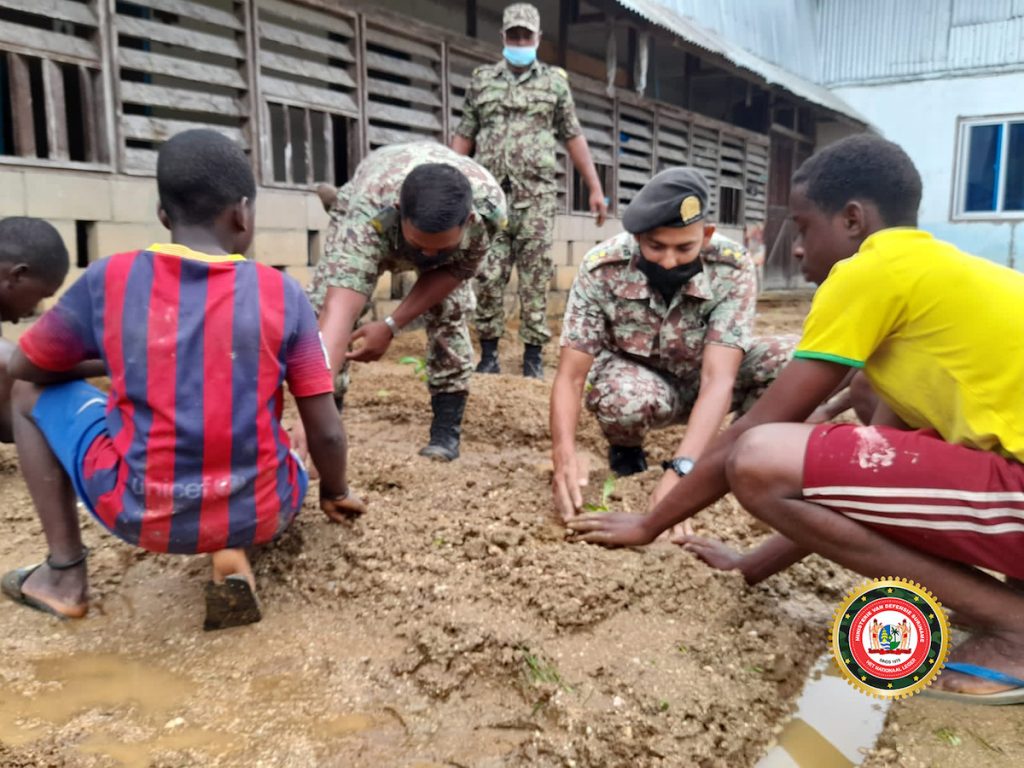 A vegetable garden was set up at the Elim van de Heer children’s home in Suriname last week. Soldiers from the Von Freyburg agricultural company, a branch of the national army in the district of Saramacca, put the first plants in the ground with the children. Plant material was also donated. In addition to making the house self-sufficient, the children and supervisors learned about vegetable growing and crop maintenance.

dr. Muni Raj Singh, director and founder of the children’s home, is very grateful for the advocacy organization’s support.

“The Surinamese Army is a positive light in a dark world. On the occasion of the 25th anniversary of the children’s home, this is the first time that we have received such support. So we appreciate it very much. Not only with plants, but also with knowledge. The children have learned a lot from the soldiers”, underlines the director.

Elim van de Heer is a home that offers shelter and assistance to orphans, half-orphans, neglected children and children with Duchenne muscular dystrophy. The children’s home, which takes care of 40 children, is totally dependent on its own resources.

In the first phase, cassava sticks, tayer leaves, antroewa, baker’s, cabbage, pepper and banana trees were donated. First Lieutenant Mohamed Kadir, acting commander of the agricultural society, said an agreement had been reached that the army would keep in touch to donate more plant material each month as needed.