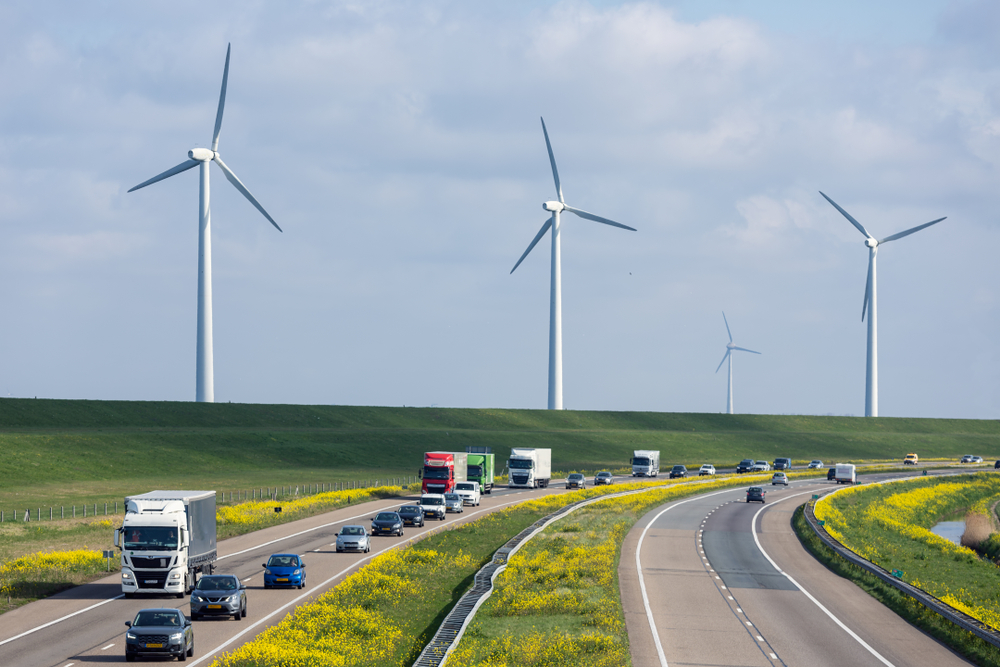 The province of North Holland, network manager Liander, Rijkswaterstaat and twelve municipalities, including Amsterdam, Haarlemmermeer and Beverwijk, have signed a letter of intent: they want to produce sustainable energy along five motorways. Preliminary exploration shows that along the A9, A5, A22 and parts of the A1 and A2 there is room for solar power generation in particular , but also wind energy. These are respectively 686 hectares and eight hectares.

Parties may use land along national roads under the OER program: Energy production on central administration real estate. Until the end of 2023, the spatial integration, the concrete plots, but also the support of the inhabitants will be studied. This is followed by a call for tenders to which energy cooperatives and project developers can subscribe. Potentially usable areas extend up to five hundred meters on either side of the highways. In addition to the floor, noise barriers and side berms will be used. However, aviation must be taken into account, as well as nature and heritage protection regimes. The latter includes the Amsterdam Defense Line, the historic defensive ring of forts, locks and dykes that is on the UNESCO list.

The letter of intent only covers the exploratory phase for next year. For cooperation after that, a new deal must be on the table.

The entire project is part of the thirty Regional Energy Strategies, including two are written north and south of the province of North Holland. The overriding national goal of these strategies is to generate 35 terrawatt hours in the Netherlands from non-fossil energy sources by 2030. As early as 2020 and 2021, the governments of North Holland had submitted requests to the Ministry of Economic and Climate to be authorized to use land along national roads under the OER program.

The pilot projectSun along the A7‘, which aims to commission solar parks by 2024 at the junctions of Wognum, Abbekerk, Medemblik and Middenmeer.