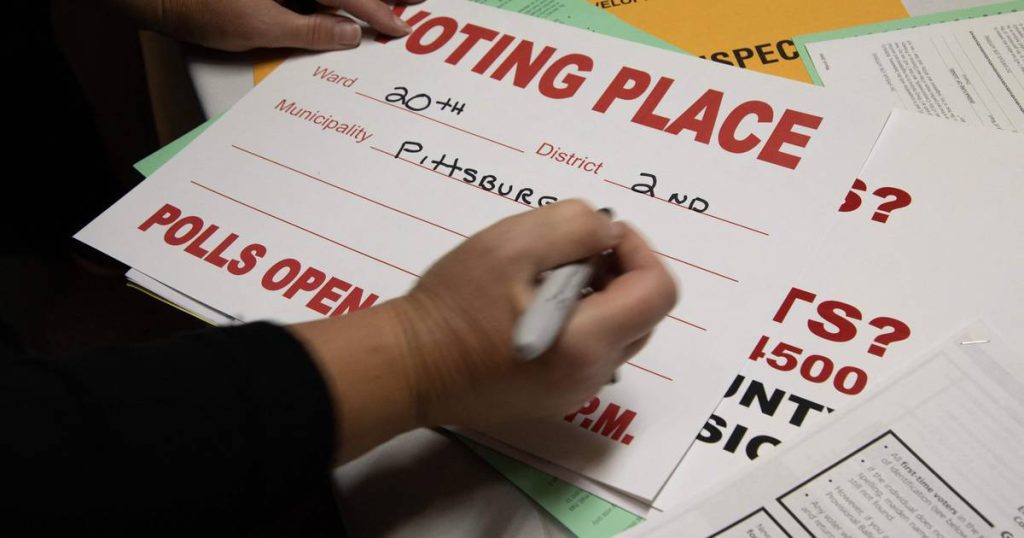 five questionsThe battle for control of the US Parliament has so far been a neck and neck race. There is a good chance that the Georgian state will once again play a decisive role. But the end result is still at least a month away. What about the “mid-terms”?

What it is about?

Because these elections take place halfway through the term of incumbent President Joe Biden, they are called “midterms”. But these elections are already an important indicator for the next presidential election of 2024, in which Donald Trump hints at a return as a candidate. Prior to the midterm elections, Democrats still had a majority in both houses.

How are you now ?

Even after tonight there are few shifts. Republicans appear to be winning in the House of Representatives. With 209 “red” seats, they come out on top against the 191 “blue” seats held by the Democrats. Even if the gain will not be as large as expected, the Republicans would regain the majority in the House.

Which states are decisive?

All eyes are now on the states of Arizona, Nevada and Georgia, where the votes are still being counted. These are known as ‘rotating states’, states where neither party has a clear majority. There, the last three Senate seats are awarded.

In the race for the remaining 35 seats in the House of Representatives, the Democrats lead with 24 seats. But that’s not enough to take control, because for that they have to win 27 more. Republicans only need 9 more seats in the House to secure a majority.

When will the final result come?

It will take at least another month. It has everything to do with the southern state of Georgia, where a runoff election is needed for a Senate seat.

In Nevada, Republican candidate Adam Laxalt is just ahead of his Democratic opponent, with 160,000 votes remaining. In Arizona, it’s the other way around. There, Democratic Senator Mark Kelly has a lead of about 95,000 votes over Republican opponent Blake Masters, with about 600,000 votes not counted.

If it stays that way, it means the result in Georgia will be decisive. Because former Republican football player Herschel Walker and incumbent Democratic Senator Raphael Warnock do not get the required 50% vote, residents will return to the polls on December 6. During this second round, it is decided who wins and which party obtains the majority in the Senate.

Why is it sensitive?

This is the second time in a row that Georgia can play a decisive role in the elections. This is particularly noticeable among Republicans. Georgia is traditionally a “red” state, but in the presidential election two years ago, Joe Biden beat Donald Trump into the lion’s den by a tiny margin.