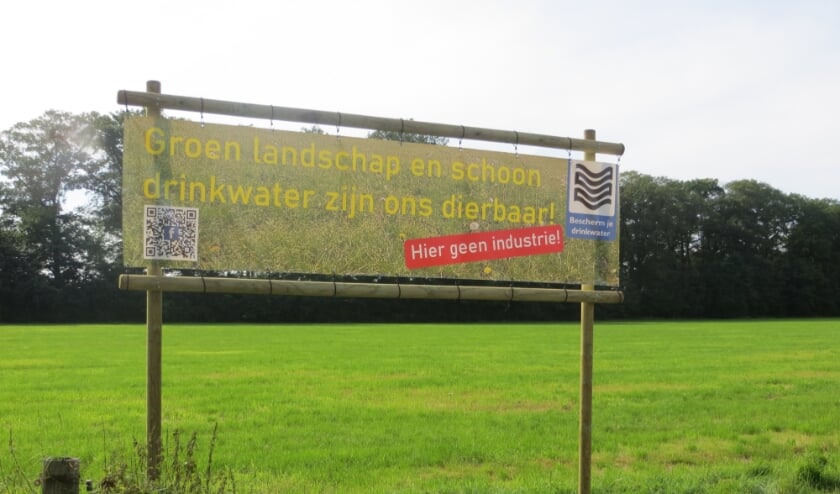 Many doubts about the justification of B and W

WINTERSWIJK – The coalition parties Winterswijks Belang, VVD, GroenLinks and PvdA will continue to support the development of a new business park on Misterweg. Various views and commentators who made it clear that there was little or no support for the proposal did not change the coalition’s perspective. Doubt has only grown among the opposition parties CDA, Voor Winterswijk and D66. They find the mayor’s and aldermen’s proposal unfounded.

Controversial need for a new business park
An important point of discussion at the September 9 general committee meeting was whether the need for new premises to establish a business was as great as B&W and the Ondernemerskring Winterswijk (OWIN) claim. The residents of Misterweg and Bessinkgoorweg had said a day earlier that they did not think so. They, along with Voor Winterswijk and the CDA, say that there is still enough space on the existing industrial areas. Business needs are based on a business survey. Because it contains company names, B and W does not wish to make this inquiry public. Advisors can see it. Wim Wassink (CDA) and Tom van Beek (Voor Winterswijk) are not impressed. “Of course, companies easily indicate in such a survey that they want to grow,” Van Beek explains.

Do more revitalization works
As an adviser to the VVD, Tom van Beek regularly asked for more space for companies during the previous legislature. This does not mean that it is now automatically for a new business park. “We want to accelerate the revitalization of the existing business park. He cites the Narcisstraat as an example. “Nothing has happened there yet.” He also notes that the large empty space in the railway area is still not filled. “Adjust the preconditions there, to make something happen.” Wim Wassink discusses the location of Signify, the former Philips, which will become available. On Friday September 10, construction of Winterwarm also started on the new site of the De Slinge shopping area. Over time, the old business location will become available. Four hectares have already been found for Obelink on the Arrisveld. Many believe this would provide two of the top users of space in the survey.

Autonomous growth of one hectare
Alderman Inge Klein Gunnewiek continues to assert that the need for a new business park does exist. She talks about the medium and long term. There may still be room for years to come, but after that a new location will have to be built somewhere and the Misterweg is most suitable for this. The alderman points out that the vacancy rate in Winterswijk is low. This is one of the indicators that space is needed elsewhere. Moreover, if you look at the last decades, according to the alderman, there has been an autonomous growth of the one hectare business park. By counting on this, the available space will run out over time. Wassink also finds that independent growth is not a good argument. “A lot can change in the years to come. Let’s do this first with the areas that are still available. And there is enough space in the city center for new business parks. Alderman Klein Gunnewiek said construction on the Misterweg would not start sooner if the applicant company really couldn’t get to the existing business parks.

Still a long way to go
While there were so many doubts among the CDA, Voor Winterswijk and D66 that a ‘yes’ for Misterweg is unlikely, there is no doubt among the coalition parties. Peter Voogt (GroenLinks) mentions all kinds of ifs and buts in his speech. Nevertheless, GroenLinks has become convinced that a new business park is needed. He stresses that it must be developed in phases and must be sustainable. Tineke van der Plas (VVD) did not have any talking points. However, like many other parts, it requires attention and care from the Klumper Farm Company, whose land between Misterweg and Bessinkgoorweg is largely and will need to be purchased. Tim Jonker (Voor Winterswijk) believes that the demand for industrial estates has been sufficiently demonstrated. “We all know the demand is there. He would have liked the process to go faster. Even if it must be done with care. Max van Eck (PvdA) is the last to act for the political groups and can therefore be concise. He has concerns, but the alderman reassures him. She repeats that an environmental vision for the entire territory will first be established. This is carefully developed and each local resident and person involved can contribute. Once an environmental vision has been established, a zoning plan will be established each time a company wants to set up on Misterweg. Participation is possible again. There is still a long way to go before a first excavator can possibly be put in the ground.