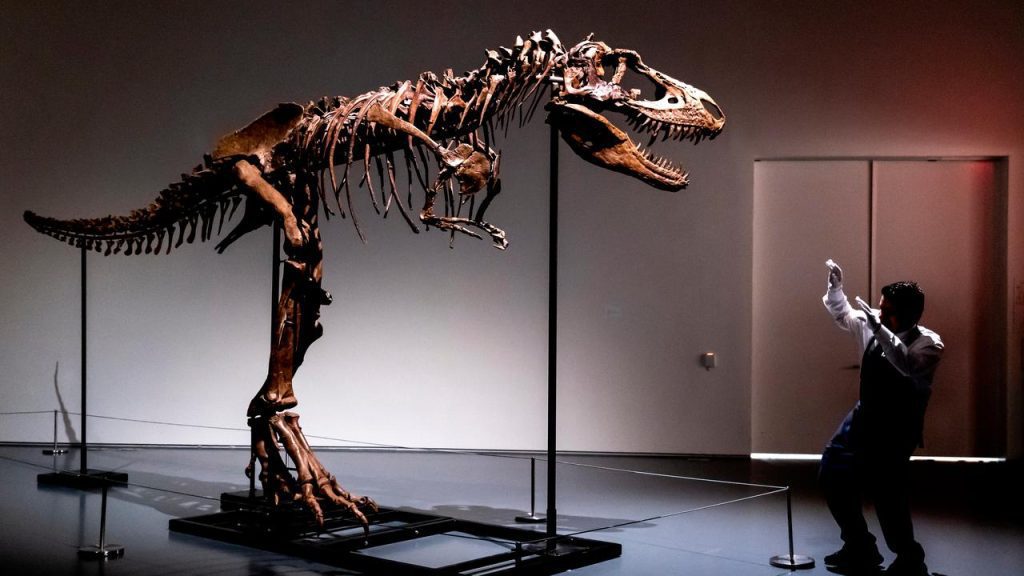 The skeleton of a Gorgosaurus, related to Tyrannosaurus rex, was auctioned on Thursday for 6.1 million dollars (6 million euros). The unnamed buyer managed to get the skeleton into his private collection. Scientists are concerned about the latter.

The skeleton auction took place at the famous Sotheby’s auction house in New York. This is the first time that a copy has been owned by an individual. All other dinosaur species skeletons that have been found are in museums. The highest bidder can also give the skeleton a nickname.

Scientists are concerned about the commercialization of fossils. If more dinosaur skeletons end up in private collections, it’s bad for science, say the researchers. That way they can’t search for it.

Large dinosaur skeletons, like that of the Gorgosaurus, are also rare. It is estimated that around 50 Tyrannosaurus rex (T. rex) fossils exist worldwide, ranging from an entire skeleton to a single tooth. Gorgosaur remains are even rarer.

Gorgosaurus lived at the end of the Cretaceous, ten million years earlier than T. rex. The Gorgosaurus was smaller, but probably also faster than its fearsome successor.

In recent years, large dinosaur skeletons have increasingly fallen into private hands. A T. rex nicknamed “Stan” went under the hammer in October 2020 for nearly $32 million. The remains of a Deinonychus antirrhopus, the dinosaur that inspired the film’s bloodthirsty velociraptors jurassic parkgrossed $12.4 million.

There is not much you can do against private auctions of dinosaur remains. Fossils found on private land in the United States can be sold for profit. Auctions are therefore legal.