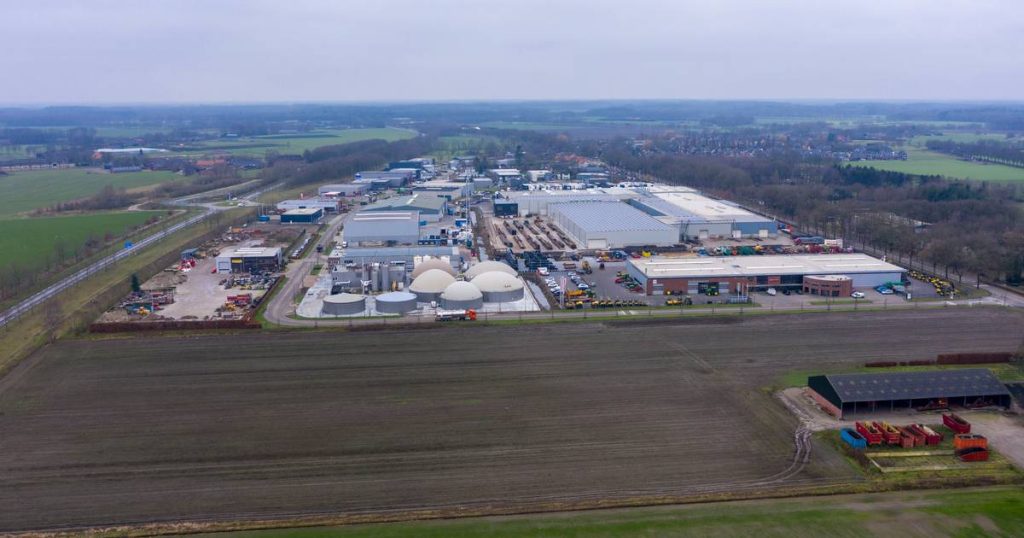 ESBEEK – Six new lots will probably be delivered this fall at the Mierbeek business park in Esbeek. The zoning plan for this expansion is already available for inspection. The owner of the land, the Reyrink Group from Haghorst, will allocate the lots itself.

The municipality of Hilvarenbeek had not initially planned for Reyrink to operate the extension. Several entrepreneurs had indicated that they were looking for a space to expand and the municipality would like to offer a space for this. Agreement has now been reached on this.

,, We discussed this at length and reached an agreement on the use of the lots. The owner will publish them, but the municipality takes care of it. We have several companies on our shortlist. And we want to set a number of ‘admission requirements’ regarding sustainability and employment, for example, ”says Alderman Ted van de Loo.

Location Ambrosiusweg not yet sure

In addition, ‘Mierbeek-Noord’ is included in an agreement regarding the transfer of Reyrink from Haghorst to possibly the Ambrosiusweg in Hilvarenbeek. The latter location is not yet completely certain, but the municipality is committed to it.

The documents officially indicate that Reyrink is also leaving the Esbeekseweg. It is about the farm which is there with the ground which accompanies it. This agricultural enterprise must make way for a certain number of houses room by room. Van de Loo doesn’t want to say how much money is at stake. “These are big sums. We calculated everything, ”said the alderman.

When is there state aid?

A law firm has registered for the municipality when you talk about state aid. This is not the case if a business takes advantage of a zoning plan change. In Esbeek, agricultural land is converted into an industrial zone, which is worth much more. Especially if these lots are allocated and houses are built. It is intended to pay for the necessary move to Ambrosiusweg, explains Van de Loo.

Reyrink and Roozen van Hoppe’s plan to leave Haghorst to create a new business park on Ambrosiusweg will be discussed next week in the spatial planning committee. Mierbeek-Nord’s new zoning plan is to be adopted by council at a later date. This is a total of 27,000 square meters with plots of up to 5,000 square meters. A green zone totaling 25,000 square meters will be set up.