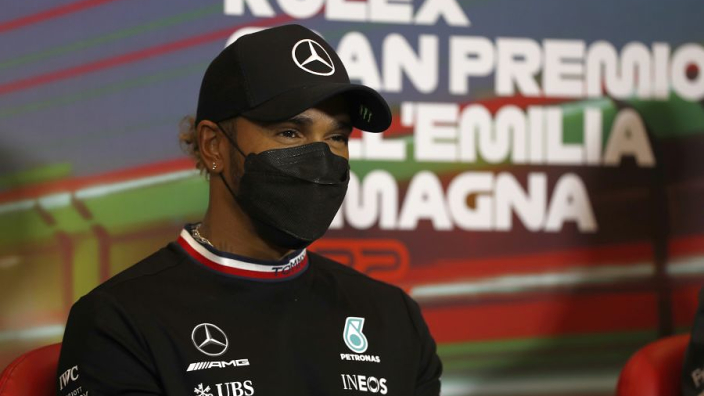 Lewis Hamilton is enjoying the growth of Formula 1 in the United States. Next weekend will see two races in one season on American soil for the first time in a long time and the seven-time world champion believes Drive to Survive has had a big impact on that.

At the attention of the race next weekend, Hamilton was allowed to join hello america, one of the biggest shows in the United States. First, the Mercedes driver receives a question about his knighthood and whether many people in his environment call him “Sir”. “No, only my father. I don’t let anyone call me ‘Sir’. Only my nephew and my niece call me ‘Mister Uncle’,” laughs Hamilton. “It’s a great privilege in the UK, but I don’t notice it too often.”

Last season’s runner-up is looking forward to the first-ever race in Miami. “It’s nerve wracking, it’s such a big event. We’ve raced in Texas a couple of times of course, which is always great. The first race I had here was Indianapolis 2007. Now that the Netflix series Drive to Survive is growing so much, we have two Grands Prix in the United States. Next year in Las Vegas there will be another one. It will be big”, expects the Briton.

Hamilton is then asked if the premier class has finally achieved the popularity it’s been hoping for in the United States for years. “I think we have indeed arrived here. I’ve been coming here for a long time, but I’ve never really understood why people here don’t care so much about Formula 1. The Netflix show has generated huge interest in the sport during the pandemic and now it’s boominghe concludes.