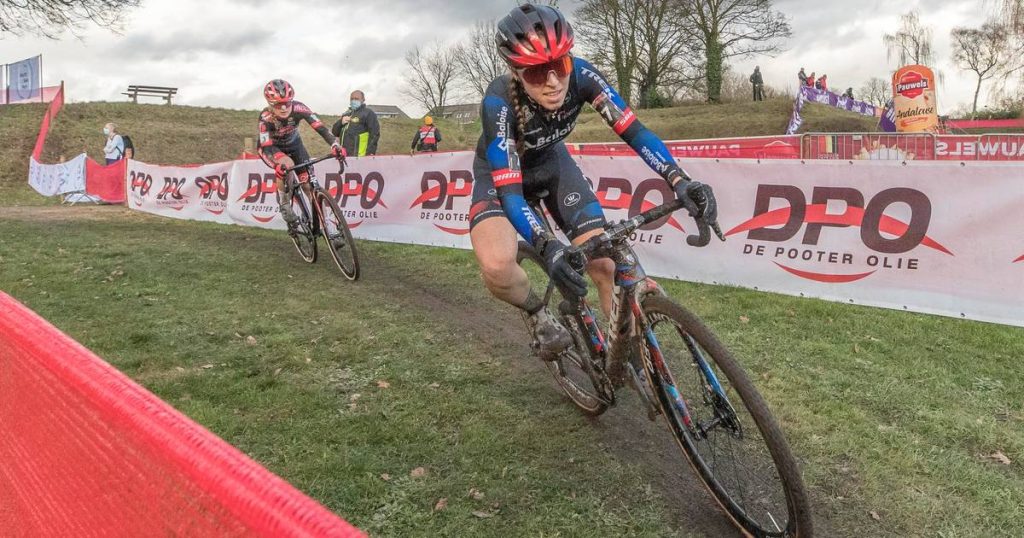 RUCPHEN – Shirin van Anrooij finished second on Sunday in Rucphen at the national championships for the promises. In the last lap, Fem van Empel pulls away from her.

The U23 race took place at the same time as that of the elite women. In theory, one of the promises could also become Dutch champion overall or step on the podium with the elites, but that did not happen. Van Anrooij finished fifth overall, far behind winner Marianne Vos.

In Rucphen, who also recently hosted a World Cup competition and then took over the Dutch national championships from Zaltbommel, Marianne Vos and Lucinda Brand left early. Behind, a group formed with Shirin van Anrooij and Fem van Empel. Their competitor Puck Pieterse had already given up because of a few flips.

On the last lap, the two nineteen-year-olds stand out from some elite women after an excellent and almost flawless race. In the end, the reigning world champion (Van Empel) was 51 seconds behind Vos and the reigning European champion (Van Anrooij) 53. This gap was caused after the last turn because the chain of Van Anrooij “switched” so she couldn’t sprint.

For the Kapelse there are three other important races coming up this winter season. Over the next two weekends, the World Cups are in Flamanville (Fra) and Hoogerheide. She wants to keep her fifth place in the standings. The World Cup in the United States will follow the last weekend of January.