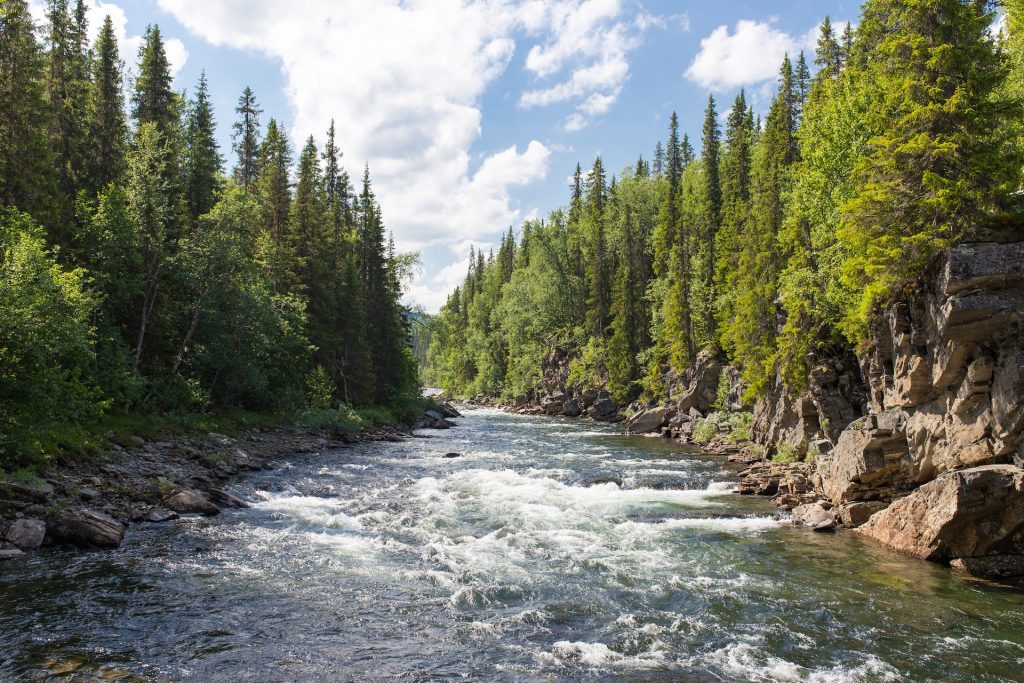 Pollution, climate change, buildings – nature often struggles because of human intervention. Some countries therefore grant rights to nature. How does it work exactly? And is it a good idea? Monday evening, Radboud Reflects organized a conference on the subject. Five questions for legal philosopher and lecturer Sophia de Vries.

In 2017, New Zealand’s Whanganui became the first river in the world to pursue polluters. Maori, New Zealand’s original inhabitants, have been fighting for years to grant rights to the river, which is deeply connected to their lives. “This river now has a right to exist,” says legal philosopher Sophia de Vries. “It’s a right to exist, just as we have the right to live. In practice, this means, among other things, that the river cannot be owned – the Whanganui is its own – and that you cannot simply intervene in the ecosystem. The interests of the river are always taken into account.

The Whanganui is an example of a larger phenomenon: the granting of rights to nature. This happens not only in New Zealand, but also in Ecuador, Bolivia, India and the United States. On Monday evening, de De Vries gave a talk on the subject at Radboud Reflects.

Don’t you have to be a person to have rights?

‘No it’s not necessary. For example, companies also have rights, even if they have no will, cannot think of what has been done to them and were founded by us. And the nice thing about rights is that we also created them ourselves. So if you want it enough, you can do exactly what you want with it. You just have to be open to it.

What about your field? Are people open to it, or do researchers think it’s an unrealistic idea?

“Most people think it’s just a weird story. It’s of course a big change, you have to get used to it. I find myself sometimes in a search bubble in which practically everyone is a big proponent of granting rights to nature. On the other hand, there are also scholars who agree with us that we need to protect nature, but think that this has no no sense in granting additional rights. This group says: we already have enough legal instruments. We can criminalize pollution, better enforce it or protect nature on the basis of the human right to a healthy living environment.

What would he add then to grant rights to nature?

“It’s a very effective tool. Suppose there are plans on the table to build a dam in a river to generate electricity. Normally, people can tell us what they think of such a plan, and then all sorts of factors are taken into account: human rights, the working conditions of the people who build the dam, the consequences for residents. But there are many other creatures around this river that are not protected by anyone or anything. In New Zealand, it has proven very effective to grant rights to the Whanganui, so that the river and its ecosystem are always represented in the decision-making process.

Philosophically, there is also another reason. When we attribute rights to you, we are really saying: you have intrinsic value. According to some, nature also has an inherent value, and therefore one could say that nature deserves rights. This is of course a completely different way of thinking, as we often see nature as something functional at the moment. If we grant rights to nature, we must also protect the parts of nature that have no function for humans.

Nature cannot speak for itself. What would a representation of a river or lake look like in practice?

“It is indeed an additional obstacle. But companies can’t just go to court on their own. Just like children, some people with disabilities, people with dementia or people in a coma. They are also represented by someone else. The principle of representation is therefore no stranger to us. You just have to extend it to nature.

How would a representative determine the interests of nature?

“It is very difficult to imagine what nature wants. For example, what is good for the wolf is not necessarily good for other animals. Not even for humans, who may feel threatened by the wolf. But such clashes are actually not bad at all. It’s like we’re a little afraid of conflict in the law, but the purpose of the law is to rationalize conflict. This does not eliminate conflict, but leads the parties in the right direction.

Thanks for reading Vox! Do you want to stay informed of all the university news?

Thank you for adding the vox app!