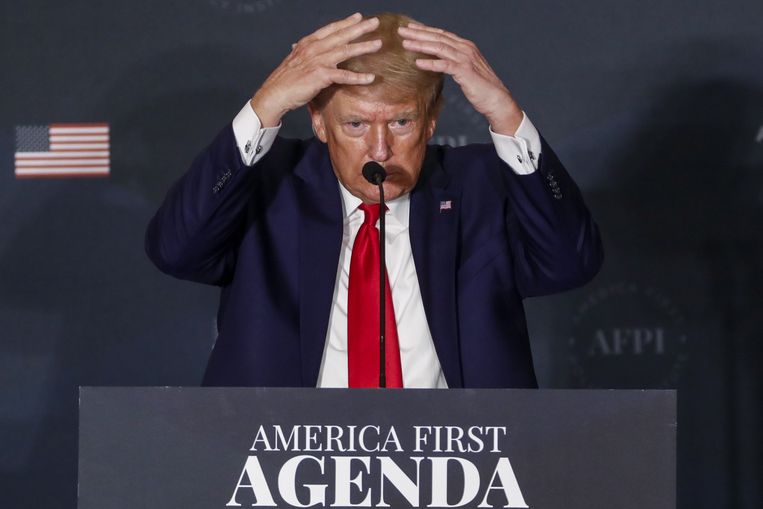 The investigation into the seizure of the Capitol on January 6, 2021 has so far yielded 842 prosecutions and 218 convictions, for crimes ranging from disturbing public order to rebellion.

As the House committee in hearing after hearing revealed plans at the highest levels of the White House to allow Donald Trump to remain president, questions have become more pressing about where the Justice Department stands: a- Did he actually investigate crimes at this level himself? If so, should Donald Trump also be in the crosshairs of prosecutors?

Answers to this have emerged in recent weeks. Federal prosecutors have convened a “grand jury,” a group of about 20 citizens who must authorize prosecutions for federal crimes, in this case related to the assault. They called witnesses who also appeared before the committee and had a lot to say, such as Vice President Mike Pence’s chief of staff. And Tuesday knew The Washington Post to report that witnesses before this jury have been sawn for hours on the wishes, plans and orders of Donald Trump.

A border with a banana republic behind it

This could lead to multiple counts: of disrupting an official event, knowingly sending protesters, some armed, to the Capitol. Or fraud, by arranging or allowing “alternative election results” to be sent to Congress from various states in the hope that Trump would still be declared president.

Some say there is a banana republic on the other side of this border. Persecution of ex-leaders by the regime that succeeded them should be taboo in a healthy democracy, they say. The Biden administration would then stoop to the level of Trump himself, who during his 2016 campaign willingly threatened to jail his opponent Hillary Clinton, but never did. According to them, Gerald Ford rightly pardoned his predecessor Richard Nixon.

Others argue that the United States will be such a lost democracy if a president’s attempt to nullify the ballot goes unpunished. It would also open the door to a lot more cheating by subsequent presidents – including perhaps Trump himself, should he run in the 2024 presidential election and win. And Gerald Ford made a huge mistake in forgiving Nixon – and was rightly punished by voters for it.

Oh yes, voters. Millions of Americans were bolstered by the January 6 Commission hearings that the United States has been ruled for four years by someone who thought and acted like a gangster. They will lose faith in the rule of law if Trump is not tried and punished.

But millions more know for sure that all these accusations come out of nowhere and that the elite are busy defusing a people’s platform.

It’s completely unclear what a lawsuit will possibly do to Trump’s chances if he runs for president again. Will the enthusiasm of the average Republican, who is a little fed up with Trump’s hammer blows on the “stolen election”, explode again? Will he drive furious Democrats to the polls?

In any event, an indictment or conviction is not a legal bar to running or running for the presidency. According to the Constitution, being 35 or older and born American is enough. The only exception to this rule is a conviction for armed insurrection and treason, but it’s debatable whether that will stand up to a jury.

When Merrick Garland was asked by Joe Biden to become attorney general, it seemed like a consolation prize of sorts: the man appointed by Barack Obama for life to the Supreme Court, but whom a Republican boycott never did. was allowed to end spent a few years as head of the judiciary during his career.

But history has decided otherwise: Merrick Garland now has the opportunity to introduce a bill that will set the United States back in history on one of two tracks. He does not know where the train will end. And as far as he can see, the view is equally dark either way.

President Donald Trump’s dereliction of duty was at the heart of the interim final hearing on the capture of the Capitol on January 6, 2021.