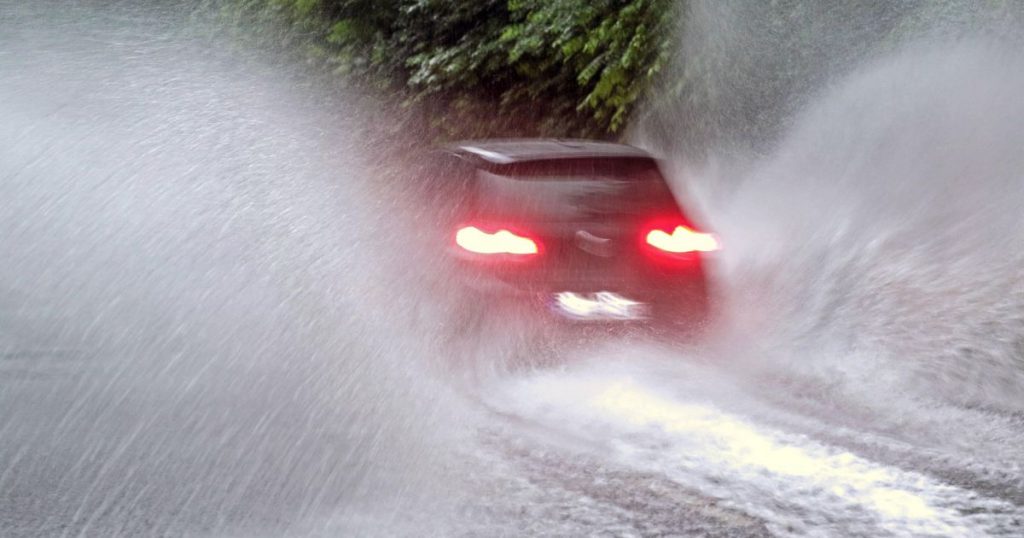 The German meteorological service expects the nuisance to decrease in the coming hours, but does not rule out that the weather in the east and north-east will cause new nuisances in the course of Wednesday.

In Frankfurt alone, emergency services had to respond more than 600 times Tuesday evening after up to 45 liters of precipitation per square meter fell in some places. Public transport has stopped in large parts of the city due to the precipitation, causing, among other things, the lifting of manhole covers and the impassability of the tunnels due to the large amount of water.

Emergency services in Landshut in Bavaria have also been inundated with calls about numerous uprooted trees and cars drifting through the streets. The storm passed over Landshut at the start of the European Championship game between England and Germany, which also resulted in power outages and damage to the oil tanks. “It was a thunderstorm that only occurs once every five or ten years,” said Mirko Olzem of the local security services.

Much damage and nuisance was also reported in Bochum and Krefeld (North Rhine-Westphalia). There, the emergency services received thousands of reports, including stranded motorists who could no longer get out of their vehicles because of the water.