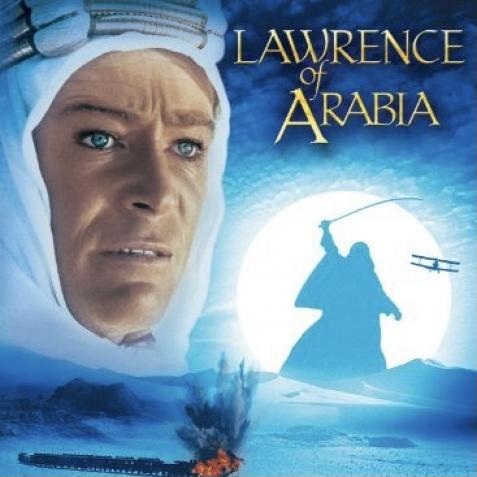 In March, Netflix announced plans to invest more than 1.6 billion euros in Spanish productions until 2025. More details on this have not been disclosed so far. What is certain is that Spain has also been the scene of major international film productions on several occasions in the past, even outside of Netflix. Here are the seven most famous.

The British adventure film Lawrence of Arabia (David Lean, 1962) was shot in Seville, Almería and Huelva, among others. Outside of Spain, recordings are still being made in Jordan and Morocco. According to the American Film Institute (AFI), this is one of the greatest film productions in history. In 2007, AFI ranked Lawrence of Arabia at number 7.

In Seville, scenes were shot in the Plaza de España, the Real Alcazar, the Plaza de Miguel de Mañara and in the Casa de Pilatos tile palace. In Almería, the dunes of Cabo de Gata and the beach of Algarrobico were chosen. In Huelva, the Doñana Natural Park was the setting for this classic film.

Doctor Zhivago (David Lean, 1965) is one of the most romantic films in the history of cinema and is based on the book by Boris Pasternak. This film was shot entirely in Spain, over 80 percent of the outdoor scenes were shot in the city and province of Soria (Castilla y León). The remaining scenes were shot in Salamanca and Madrid. As filming took place during one of the warmest Spanish winters in history, many scenes had to use artificial snow.

The good the bad and the ugly

When it comes to international film productions shot in Spain, the Western genre is essential. The best known is The Good, the Bad and the Ugly (Sergio Leone, 1968), the third installment of Leone’s dollar trilogy (part 1 was A Fistful of Dollars, Part 2 was For A Few Dollars More), with Clint Eastwood in the lead role. . All three parts of this spaghetti western were filmed in Spain, notably in the deserts of Tabernas and Cabo de Gata in Almería, Santo Domingo de Silos in Burgos and La Pedriza in Madrid.

Indiana Jones and the Last Crusade

This 1989 blockbuster by Steven Spielberg was filmed in England, Jordan, Italy, America and Spain. Here, too, Almería was chosen as the ideal filming location due to its desert landscape. In addition, recordings were made on the beach of Mónsul and Mojácar and at the station of Guadix in Granada. The main roles in this film were for Harrison Ford and Sean Connery.

The 2001 psychological horror film The Others is a Spanish-Italian-French-American co-production, directed by Spanish director Alejandro Amenábar. He demanded that the film be shot in Spain. The executive producer of the film was American actor Tom Cruise, who complied with the wish of the Spanish director.

The outdoor scenes were shot at the Palacio de los Hornillos in Las Fraguas (Cantabria). The main role was played by American actress Nicole Kidman. The Others have won several major film awards, including eight Goya awards and the Saturn for best horror film.

This most recent film (Phil Lord, Christoffer Miller, 2018) on the list was shot in the Canary Islands, in the most beautiful natural landscapes of the island of Fuerteventura. For this spin-off of the Starwars series, the producers have set their sights on the volcanic valley of Pecenescal and the Jandía Natural Park, where the weather is sunny almost all year round.

The limits of control

In the winter of 2009, the thriller The Limits of Control by American director Jim Jarmusch was shot in Madrid, Seville and Almería. Jarmusch has already made independent films such as Down by law (1986), Ghost dog (1999) and Broken Flowers (2005). Limits of Control stars Isaach de Bankolé, Bill Murray, Tilda Swinton, Gael García Bernal and Luis Tosar. Scenes from the film were shot in Plaza de Ildefonso in Madrid and in the iconic Torres Blancas building in the Spanish capital.