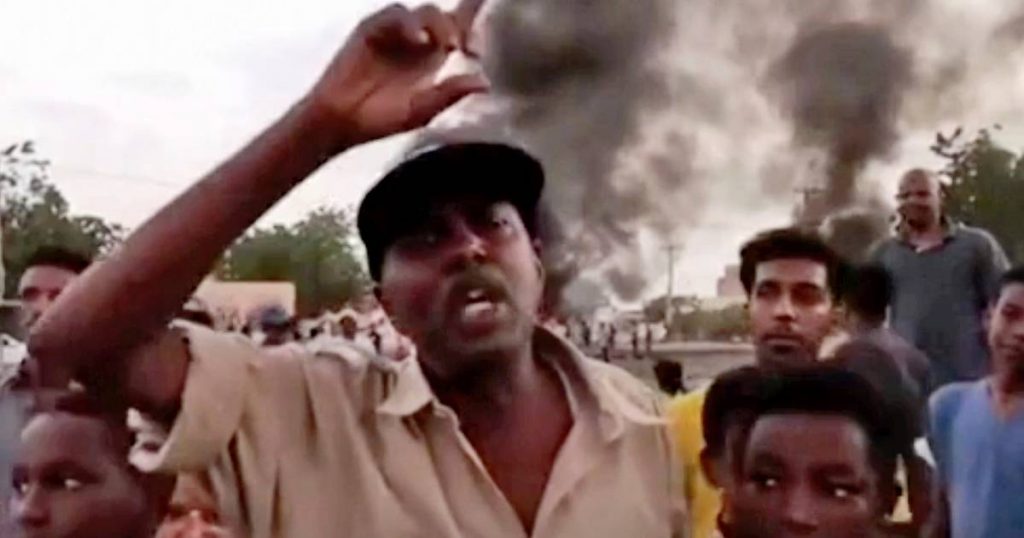 updateThe head of the transitional government in Sudan, army chief Abdel Fattah al-Burhan, has seized power in the African country with his armed forces. He dissolved the government and declared a state of emergency. The general promised in a speech to respect international agreements and spoke of free elections in 2023. He said the transitional government had become entangled in internal conflicts and was now forming “a capable government”. According to him, the military will continue to work on a transition to a democracy.

Earlier Monday, civilian politicians and ministers who played an important role in the Sudanese transitional government were arrested in the capital Khartoum and in the sister city of Omdurman. Among those arrested was Prime Minister Abdullah Hamduk, local media reported. He was reportedly placed under house arrest.

Protesters took to the streets in many places and soldiers closed bridges over the Nile and the road to the airport. A number of soldiers broke into the headquarters of the national broadcaster in Omdurman on the west bank of the Nile. They would have taken people away. The internet and telephone traffic do not work, or very little.

In Sudan, the regime of dictator Omar Hassan al-Bashir was overthrown in 2019 after large-scale protests. Since then, a transitional government has been in power. Last month there was already an attempted coup that exacerbated disputes between the military and civilians in the transitional regime. Notorious militias formed under former leader Omar Hassan al-Bashir, regional warlords and military reluctant to relinquish power have attempted to eliminate civilian politicians.

The unions, including the country’s second party, Umma, called on residents of Khartoum and Omdurman to take to the streets to defend the government. At least seven people were shot dead by soldiers. More than 140 people were injured.

Al-Burhan, chairman of the Sudanese transitional council since April 12, 2019 and also commander of the army, announced the state of emergency in a televised address. He said the ruling Sovereign Council will be lifted, as will the government headed by Prime Minister Adballa Hamdok.

UN Secretary General António Guterres and the European Union condemned the coup and demanded the release of the Prime Minister. The United States said it had not been notified and froze aid funds worth $ 700 million. On Tuesday afternoon, the UN Security Council will hold a meeting on the situation in Sudan.

The Arab League has also expressed concerns, calling on all parties concerned to adhere to the Democratic Transition Agreement signed in May 2019.

Since the country gained independence from Britain and Egypt in early 1956, there have been at least 17 coup attempts. Coup attempts are resurfacing old divisions in the country: the more conservative Islamists who want a military government against those who toppled al-Bashir’s regime in part through mass protests. Both groups have taken to the streets in recent days to demonstrate.