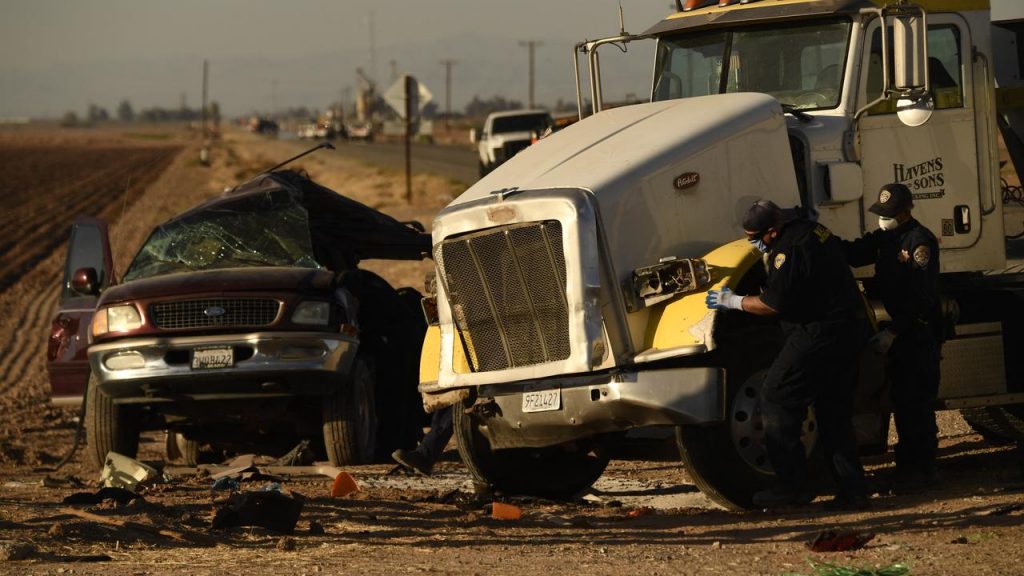 The 13 people who died Tuesday in a serious car crash in southern California are believed to be from a group of dozens of migrants recently smuggled into the United States.

A truck loaded with gravel hit on the SUV of the victims, in which no less than 25 adults and young people were crammed. Some of the victims were driven from the Ford expedition by the impact. The car was originally built for five to eight occupants, but the couriers removed the rear seats to make more room.

According to the authorities, the migrants had recently entered the country through a hole in the border fence. This hole is a common route for smugglers. Border guards constantly patrol the area to prevent illegal border traffic.

It is still unclear how the traffic accident, one of the deadliest in California history, could have happened. The 22-year-old driver of the SUV may have missed a stop sign. Border police said on Wednesday that the car was not being pursued.

Of the thirteen deaths, at least ten were from Mexico and one from Guatemala. The process of identifying other victims is still in full swing.

In addition to the Ford expedition, border surveillance footage also spotted a second SUV, a Chevrolet Suburban. This car was also found to be filled with at least nineteen illegal migrants. The police were able to recover the occupants a little later when their SUV caught fire for an as yet inexplicable reason.